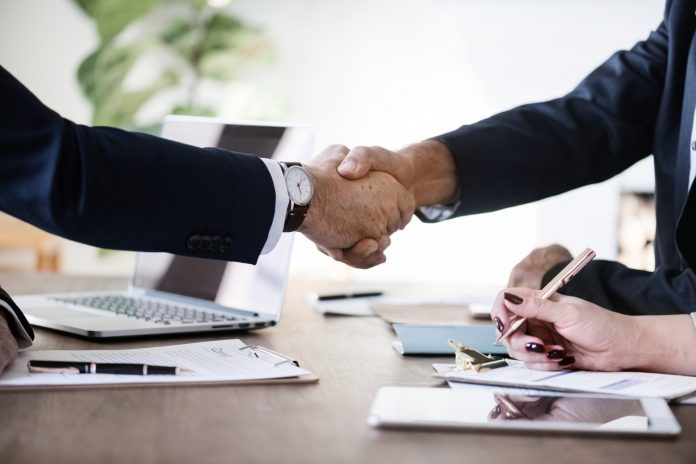 I wish we would stop using the word Capitalism.

It is a 19th-century term, derived from 19th-century economic philosophy. But today people who would run a mile from any suggestion that they had Marxist  sympathies freely use the terminology of that era. In the 19th century, business was normally organised by and around the owner-proprietor.  Arkwright’s Mill was owned and controlled by Mr (in due course to be Sir Richard) Arkwright. Samuel and William Lloyd owned and controlled Lloyds iron and steel tube works, and another branch of the Lloyd family was in charge of Lloyds Bank. John and Benjamin Cadbury established Cadbury Bros  chocolate factory. And so on.

Towards the end of the nineteenth century, this style of capitalism would reach its zenith in the United States in the activities of the robber barons – Rockefeller’s Standard Oil, Carnegie steel, the Vanderbilt railroad empire, and lurking behind all these the financiers Henry Clay Frick and JP Morgan.

Joint-stock companies with multiple shareholders and the essential protection of limited liability had become legal in the midcentury. The mechanism was widely used for the capital-intensive expansion of railways and railroads, and was quickly adopted by some retail banks –  Lloyds bank became a joint-stock company in 1865 – and then by resource companies.  In 1901 Carnegie Steel merged with two other large US steel companies to become US Steel, by far the largest corporation in the world.

So 20th-century business would be different. The archetypal companies of that era are General Motors and du Pont in the United States, ICI in the United Kingdom. They were controlled by professional managers, and the recruitment and training of professional managers was central to their activities – and to their success. In the mid-50s the first Fortune 500 list included three automobile companies and three steel companies. Their shareholders were no longer the families whose names were on the factories, or the banks which supported them, but a diverse group of private individuals. One could still say, at a stretch, that the shareholders owned the plant, but control was exercised by professional managers. All these companies had large numbers of employees, most of them with moderate to low skill levels. There was no long-term contractual obligation between company and employee, but a realistic expectation of long-term employment if performance was satisfactory.

In the course of the century, the private shareholder became less and less important. Pension funds, insurance companies, and in due course mutual funds became the vehicles of institutional share ownership. In the latter part of the 20th century, outsourcing of investment management became increasingly common, and the investment chain became dominated by specialist asset managers.

21st century business is different still. Look at the ten largest companies in the world today by market capitalisation. Apple, Alphabet, (the holding company for Google), Microsoft, Amazon, Facebook. The only manufacturing company to be found is Johnson & Johnson, a very different type of company to General Motors or Bethlehem Steel. These companies don’t have much capital employed, and most of the capital that is employed in the business is fungible. It doesn’t need to be owned by the company that uses it and typically isn’t. Apple’s flagship store in Regent Street is jointly owned by the Queen and the Norwegian sovereign wealth fund. The equivalent store in New York is in Grand Central Station. The station in turn long ago passed out of the ownership of the Vanderbilts. It is now the property of a private company controlled by a New York real estate developer – not the one whose name may jump into your mind.

In the 1970s and 1980s, when students of business started to take an interest in the performance of Japanese business, the phrase ‘hollow corporation’ came to be used to describe businesses such as Toyota which were at the centre of a web of related suppliers. This analysis rejected the sharp distinction between markets and hierarchies which had been the basis of the theory of the firm developed by in the 1930s by Ronald Coase. Looking back, Coase’s account is a thinly disguised description of General Motors.

But not of Apple. More so than Toyota was, Apple is a hollow corporation. Like Toyota it maintains tight control over specifications. But not of production.

Apple employs 120,000 people. General Motors at its peak had a workforce of over 1 million. The principal assembler of Apple products is Foxconn, the Taiwanese-headquartered company manufacturing in China, where it has one and a half million employees, the second largest private sector employer in the world, after Wal-Mart. If you pull out your iPhone,  and compare it with the competing smartphone of the person sitting next to you, you may notice similarities. The principal supplier of components for the iPhone – Samsung – is also its principal rival.

Apple doesn’t need to be a retailer – most of its competitors, such as Samsung, are not – but Apple reinvented the concept of electronic retailing. As you can see if you visit these stores in Grand Central Station or Regent Street, with sales per square foot that make other retailers green with envy. Apple is, essentially, a structure of relationships, with assemblers, suppliers, customers, employees – Apple exemplifies the source of competitive advantage, based on architecture, which I described in my book Foundations of Corporate Success.

And what of Apple’s $800 billion market capitalisation? So wedded are we to the idea that capital is critical to business, so much in thrall to the word, that we have invented new concepts such as social and intellectual capital to try to explain phenomena that are perhaps more clearly and certainly more simply described in ordinary language. To say that the market capitalisation of Apple reflects its intellectual property, the value of the Apple brand, is to miss the point, and to misunderstand the nature of the company’s competitive advantage. If I were to buy the Apple brand from the corporation, which then renamed its products Pear, I have little doubt that it is the Pear Corporation, not John Kay’s reinvention of Apple, which would command the spectacular market value.

A company like Facebook, all of whose content is generated by other people, is a hollower corporation still. And then we see businesses like Uber and AirBnB, which like eBay, are almost pure intermediaries. The only business they themselves undertake is facilitation. They represent nothing but structures of relationships. They epitomise architecture in its purest form.

So when we ask how we make 21st-century capitalism inclusive, we’re starting at the wrong place. The concept of capitalism is inherently confrontational.  Capital and labour were struggling for larger shares of the same cake.

But 21st-century business – and I insist on talking about business rather than capitalism – is inclusive by its very nature. That nature necessarily entails partnership – partnership between employees and managers, customers and suppliers. The position of investors in that partnership is inherently peripheral and precarious. These businesses do not need to raise capital from equity markets and are unlikely ever to do so in future.  They’re generally strongly cash generative and have no need of external capital at all. The purpose of the listing is to enable early-stage investors to make realisations and to persuade employees, many of whom will be shareholders in the company, that there is value in their holdings. The best external shareholder they can have is probably the sympathetic and supportive asset manager, and probably in the long run this is the one they’re likely to have. And inescapably, given the scale of market capitalisation, much of these equity of these  companies will be held by index funds, or their successors.

Such businesses are inherently more fragile than businesses whose economic strength was based on plant which you can touch and kick, and a labour force of thousands which arrives every day, and which can survive years of weak management and were often obliged to.

Modern business is inclusive or it is nothing. The greatest challenge we face is to stop them being turned into nothing by people who suffer from misconceptions about their nature and who undertake rent-seeking activities either on their own behalf, which damage the internal cohesiveness of the business, or through their misuse of the political process, which ultimately damages the external legitimacy of these businesses.

Businesses are and always have been social organisations, embedded in communities, and that is not less true today than it was when Arkwright built a town around his mill in the Derwent Valley and the Cadburys set up their chocolate making business in Birmingham.

Embracing obliquity at a time of radical uncertainty