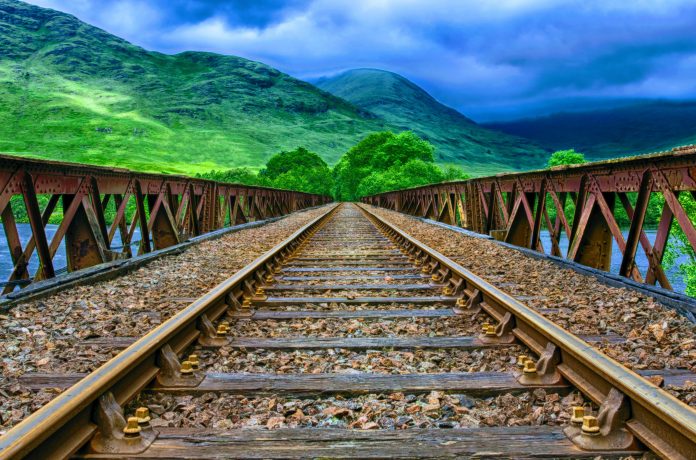 The equity markets with which we are familiar came into being in the 19th century to finance railways and railroads. Railways and railroads were capital-intensive projects, and the capital required was specific to that particular use. There is little you can do with a railway except run trains on it.

The savings needed were collected in modest amounts from a large number of moderately well-off individuals. These investors bought both equity and bonds in the new enterprises, and were provided with a degree of liquidity through these expanded capital markets.

This financing model, closely bound up with British imperialism and the development of the interior of the US, was extended to resource companies, and in due course to manufacturing businesses. US Steel, established in 1901 from the merger of three American steel giants and listed on the New York Stock Exchange, was then by far the largest corporation in the world. General Electric, formed in 1892, was a constituent of the first Dow Jones index — and the only one that remains today.

The publicly quoted manufacturing corporation, controlled by professional managers, was the dominant business form of the 20th century. In the first Fortune 500 list of 1956, nine out of the 10 top companies were manufacturers. Among them were three automobile companies — General Motors, Chrysler, and Ford; and three steel companies, Bethlehem, Inland, and US Steel.

Where are they now? US Steel, once by far the largest corporation in the world, is no longer part of the Fortune 500. Bethlehem Steel survives only as the name of a rock band and a soccer club, Inland is owned by ArcelorMittal, Chrysler by Fiat, and General Motors has emerged chastened from its 2009 bankruptcy. Ford is bloodied but unbowed by global competition, but its market capitalisation is far outstripped by that of Tesla.

The list of today’s top 10 companies by market capitalisation does not include Tesla, but does register Apple, Alphabet, Amazon, Microsoft and Facebook. There is only one manufacturing company — and that, Johnson & Johnson, is a very different kind of business from the steel and automobile makers of 50 years before.

Berkshire Hathaway, sui generis, includes manufacturing businesses among its collection of investments. The era of the diversified manufacturing conglomerate is coming to an end. But the listed holding company, such as Berkshire, or Alphabet — a cross between Warren Buffett’s creation and an incubator — may represent an important part of the future. Like the private equity house, these conglomerates internalise the process of capital allocation and corporate governance. Both ownership forms are direct responses to the excessive costs, burdensome regulation, and weak governance characteristic of modern public equity markets.

The largest companies of 1956 were large by all measures — sales, market capitalisation, employment, and operating assets. No longer. Walmart and Hon Hai (better known as Foxconn) are today’s largest private sector employers, along with businesses like Compass, which might be regarded as global gangmasters.

Apple’s market capitalisation today exceeds $800bn, and Alphabet is not far behind. For both these companies, operating assets account for about $30bn of that value. Modern businesses like these employ very little capital, and such assets as they do use mostly need not be owned by the company that operates from them.

As a source of capital for business, equity markets no longer register on the radar screen. In both Britain and US, funds withdrawn through acquisitions for cash and share buybacks have recently routinely and considerably exceeded the amounts raised in rights issues and IPOs.

At the same time, savings have become institutionalised. Initially such institutionalisation took place mainly through the investment activities of pension funds and insurance companies.

Today much of their activity has been outsourced and while pension funds and insurance companies are still important players, the equity investment chain is today dominated by the big asset managers — BlackRock, Vanguard, Fidelity and their competitors. And sovereign wealth funds are an increasingly important fraction of public market equity ownership.

The paradox of modern capital markets is that although there is less and less need for market activity from the point of view of either the end users of finance, or the investors who are the ultimate beneficiaries of finance, the volume of market activity has increased exponentially. To what purpose?

It’s too risky to rely on financial risk models