Home Article Uncertainty, cost and noise undermine the case for a new runway at... 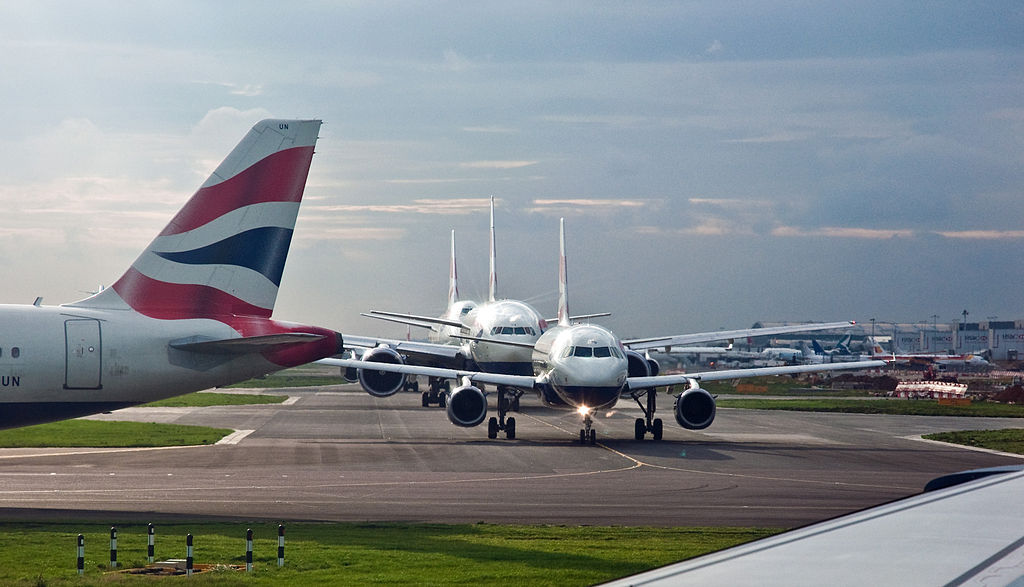 Should expansion of London’s airport capacity take place at Heathrow or Gatwick? The UK’s coalition government evaded this divisive question by appointing an Airports Commission and giving Sir Howard Davies, its chair, firm instructions not to report until after the general election in May 2015. The commission duly reported in July, with a clear recommendation to build a new runway and terminal at Heathrow.

The commission relied heavily on an elaborate modelling exercise that calculated costs and benefits for the next 50 years. Little weight should be attached to these calculations. They project the present into the future with essentially linear trends, even predicting which routes will be flown from where. The modellers’ future world is much like it is now, only busier.

It is only necessary to look at the last century of air travel to see the absurdity of such forecasting. From Orville Wright’s first flight in 1903 to the introduction of the jumbo jet took barely 60 years. The last half century has been less dramatic — the Boeing 747 is still in service, though its modern equivalents are far quieter and more fuel efficient. But while the Roskill commission of the 1960s, which reviewed London airport policy, got traffic growth projections broadly right, it did not forecast that the growth would come from low-cost airlines offering point-to-point services — I could fly today at fares little higher than those I remember paying in 1970. Even in the air policy review in 2003, officials failed to appreciate how the centre of the world economy was shifting east, and that Dubai would come to be the world’s busiest airport for international passengers.

But we already know future changes will be more radical still. Commercial drones and driverless cars are on the way; and battery technology, long static, is now advancing at a pace that will revolutionise transport and much else. These are likely to be the precursors of innovations we cannot yet imagine.

In the face of such radical uncertainty, the sensible course is to focus on known facts and give yourself as many options as possible, not to guess at numbers to fill the cells on your spreadsheet.

The advantages of Heathrow are that it is more conveniently located for the majority of its users, and that a single large airport is better for attracting transfer traffic (and hence more users and more connections). The first advantage is real and enduring; the second more dubious. London airport capacity is a scarce resource, and the least valuable use of it is for travellers from Chicago to Moscow to stop off pointlessly in one of the world’s busiest airports rather than in Amsterdam or Frankfurt.

The plans for Heathrow require the relocation of a waste disposal facility, putting a section of the M25 into a tunnel and the opening of a large new terminal, whereas the growth of Gatwick terminal capacity would be piecemeal. These plans are probably overengineered anyway, in a way familiar from other large UK infrastructure projects.

So new capacity that would cost about £8bn to provide at Gatwick will cost £18bn at Heathrow, making Heathrow by far the most expensive airport in the world — which is why BA, its main user, opposes its expansion. The new transport links to service a new Heathrow terminal are also much more costly than those that would be needed for an expanded Gatwick. Gatwick’s principal disadvantage — its less central location, about 30 miles south of London — means that fewer people suffer disturbance from airport expansion.

That last point should perhaps be the decisive factor. As your pilot circles Heathrow one more time, and you curse the decades of procrastination that have characterised the airports policies of successive governments, bear one thought in mind: if the government decides in favour of Gatwick, capacity expansion might finally happen.

This article was first published in the Financial Times on October 4th, 2015. For more detail see John’s extended article for Prospect.

Markets after the age of efficiency

Essays on modern monetary policy pt. 1: The nonsense of “helicopter...