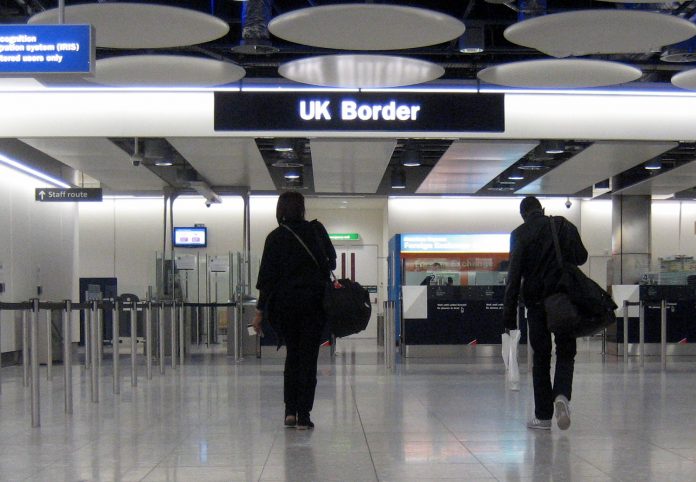 Recent immigration flows from EU accession states have again shown that policy based evidence does not work. Unfortunately, academics who seek public attention and official research funding are too easily co-opted into this process.

In 2004, 10 countries, including eight former communist ones, joined the European Union and their citizens gained the right to work in other member states. The European Commission estimated that migration from acceding countries to other members would initially be between 70,000 and 150,000 a year, declining thereafter. The British government anticipated that between 5,000 and 13,000 of these would come to the UK.

In the event, 450,000 people have registered to work in Britain and total immigration since accession is thought to be about 600,000. Ireland, with a population of 3m, has made more than 100,000 east Europeans very welcome. The immigrants, predominantly Polish, are hard-working, geographically dispersed and fit in easily to local culture and society. Although the scale of migration is large, it seems so far to have brought benefit rather than disruption to the labour market and to public services.

But rational democratic debate must be based on accurate data and careful analysis. The extraordinary gap between the public information on which policy was supposedly based and the outcome demands explanation. The figures are not strictly comparable since the predictions anticipated complete freedom of movement. The most attractive destination was thought to be – and has proved to be – Germany, which has therefore imposed restrictions. But migration to the UK alone significantly exceeds the flow anticipated for Europe as a whole.

The most important study, on which all others partly relied, was commissioned by the European Commission through the European Integration Consortium (Brücker and Boeri, 2000*). It emphasised that the previous round of accession by poorer countries – Greece, Portugal and Spain in the 1980s – had led to little migration. The highest predictions – still too low – were produced by the German Ifo institute (Sinn, 2000), which explained why this analogy was unreliable. Most importantly, the income difference was much greater. Migrants frequently take jobs for which they are overqualified. The gap in average incomes between states must be large if you are to earn more as a taxi driver in a new country than as a doctor in your home country. But once a threshold figure is reached, emigration is economically attractive for almost everyone.

The sociology of migration makes it uncertain whether this opportunity evokes a response. Migrants benefit from supportive communities of compatriots and rely on information about job and housing opportunities from those who have already made the trip. As a result, migration flows may be slow to get started but can rapidly accelerate. More qualitative analysis of other episodes, including the most problematic of modern migration flows, from Mexico to the US, would have brought these issues out clearly. The correct conclusion would not necessarily have been a higher number, but recognition of the impossibility of reliable prediction. That would have encouraged a policy of keeping options open – gradually dismantling restrictions as firmer information became available – rather than basing policy on speculative central estimates.

But doubt does not come easily to policymakers. The Commission has a history of commissioning academic studies that exaggerate the benefits and downplay the costs of integration. The British government’s admirable emphasis on evidence-based policy too often reduces, as it did in this case, to policy-based evidence: information provided supports the conclusions that those who prepare the studies believe policymakers seek. Academics who seek public attention and official research funding are too easily co-opted into this process. While the effects of disinformation about Iraq’s weapons of mass destruction were grave, the effect of disinformation about European migration flows seem to have been benign. The happier outcome does not make such disinformation defensible.

*H. Brücker and T. Boeri, The Impact of Eastern Enlargement on Employment and Labour Markets in the EU Member States. **H-W Sinn, EU Enlargement, Migration, and Lessons from German Unification

Dear David: this may help with your own well-being