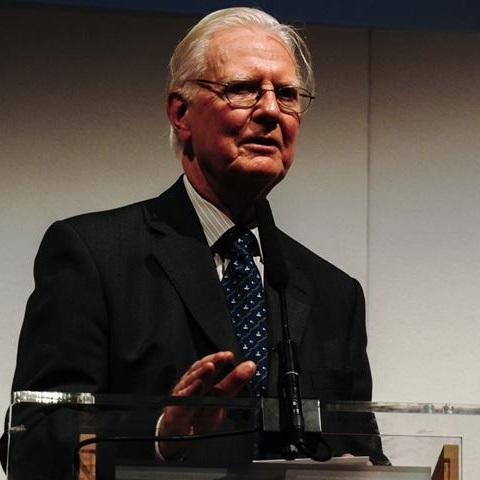 I first met Jim Mirrlees almost 50 years ago, in the late spring of 1969. I had not yet graduated from what was his own alma mater, Edinburgh University, but was applying to do graduate work. The two options I was considering were Oxford and the London School of Economics.

I went for interview at Nuffield College Oxford with the economics group there. I suppose the interview must have gone well, because at the end of it Jim asked whether I was doing anything that evening. Of course I wasn’t. So he asked if I would like to come to dinner at his house with him and his wife, Gill. It was a wonderful and wholly unnecessary act of kindness – typical of Jim.

That gesture helped tip the balance for me in favour of Oxford. And so I began my graduate studies that autumn at Nuffield. The year that followed was the most transformational period of my life. The arrogant young student of 1969 discovered not just that there were cleverer people than him in the world, but that these clever people seemed to respect and value what he said. It was both humbling and liberating.

And then one day Jim knocked on the door of my student room. When he came in, he handed me an advertisement for a fellowship at St John’s College. ‘You should apply for that’, he said. The idea was beyond my wildest aspirations at the time. But I followed what I treated as an instruction, and was even more surprised to get the position. And through a varied career, I have been a fellow of St John’s ever since.

The invitation-only seminars in Jim’s room were a highlight of my first years in Oxford. One moment in particular sticks in my mind. I made a comment, and one of the other participants said, ‘put like that, it’s obvious.’ ‘Yes’, Jim responded, ‘but the brilliant thing is seeing that you can put it like that.’ That observation identified for me a talent which he helped me nurture and develop and which I hope has characterised my work ever since – seeing how complex economic ideas can be simply explained.

I will always be grateful to Jim Mirrlees, without whom my life and career would have been very different, and much less rewarding in every sense. Over the last 50 years I have met a few, but only a few, people who rival him in intellectual distinction, but none who were able to combine that distinction with such kindness and humility. He was before everything else an admirable individual who will be missed by everyone who knew him.

James Mirrlees, who has died aged 82, was the most distinguished living British economist and one of the most influential in the world.

He was awarded the Nobel Prize in economics in 1996, an award he shared with William Vickrey, for his work on economic incentives, where information is imperfect.

The ways in which market economies deal with the limitations of our knowledge has been a central theme of economics over the past 50 years. He was knighted in 1997.

But Mirrlees published what is regarded as his most important work back in 1971: an analysis of the properties of income tax schedules. The work was jointly undertaken with Peter Diamond, an American economist who would receive the Nobel Prize in 2010.

This analysis refuted the notion that a progressive tax system, motivated by concern for the fairness of income distribution, would necessarily impose steadily increasing marginal rates. It also provided an intellectual rationale for the flattening of tax schedules that has occurred throughout the developed world.

Mirrlees was born in 1936 in Minigaff, a small village in Dumfriesshire, Scotland. After graduating in mathematics at Edinburgh university, he went to Cambridge university’s Trinity college to continue undergraduate studies in the same subject.

But, for Mirrlees, any undergraduate mathematics course was undemanding, and left plenty of time to pursue more general interests, and these led him to economics.

His first published work resulted from a role as a mathematical research assistant to Nicholas Kaldor, economic adviser to the Wilson government in the 1960s.

Cambridge during the 1960s was a strange place for a young economist. The economics practised there was dominated by a group of disciples of the late John Maynard Keynes, but they lacked his intellectual gifts.

In these years several of Britain’s finest economists left Cambridge for posts elsewhere, and Mirrlees was appointed a professor at Oxford university, based at Nuffield college, where he would remain for about 30 years.

Mirrlees would later say of his approach to politics and economics that his heart was on the left and his head on the right, and his work in optimal taxation was consistent with that description.

But the heart led him to take an interest in the economics of poor countries, and with Ian Little, a colleague at Nuffield, he prepared a cost-benefit analysis that was for many years an indispensable handbook for international agencies sponsoring major projects.

An inspiring teacher, passionately committed to the development of young economists, Mirrlees helped Oxford’s reputation for the quality of economics research and teaching leap ahead that of Cambridge.

Few who attended the invitation-only seminar he organised weekly in his room at Nuffield will forget the experience of being told: “I think what you meant was . . . ” This could generally be interpreted as: “What you have said is absolute rubbish and this is how it should have been done.”

He may best be remembered for his protégés, Joe Stiglitz and Nicholas Stern among them.

After the death of his wife Gill in 1993, Cambridge took the opportunity to lure Mirrlees back to Trinity.

But even following the award of the Nobel Prize, Mirrlees continued to stimulate students, lecture widely, and travel extensively.

After his retirement from Cambridge, he went to serve as master of Morningside college, part of the Chinese university of Hong Kong, and helped the university establish a strong reputation in economics.

Throughout his life, Mirrlees combined extraordinary intellectual distinction with modesty of personality and lifestyle.

But even well into his 70s, economics remained his preoccupation. While carrying out his duties in Hong Kong, he found time to return to his roots by joining the Scottish government’s council of economic advisers, and he chaired a review of the economics of taxation undertaken by the Institute for Fiscal Studies, the think-tank.

He was taken ill in Hong Kong at the end of 2017. Nursed by his second wife Patricia with exceptional devotion, Mirrlees returned to England a month ago, and died at the family home outside Cambridge.

This piece was originally published in the Financial Times, without John’s personal note.