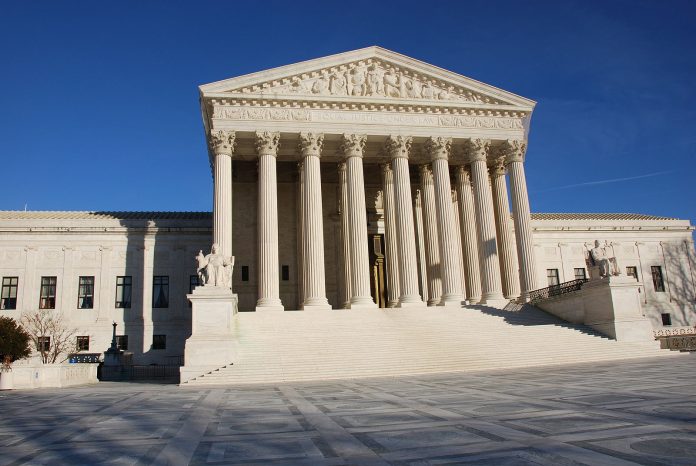 That Nature always does contrive

That every boy and every gal

That’s born into the world alive

Is either a little Liberal

Or else a little Conservative!

In Radical Uncertainty, Mervyn King and I identify what we call the Viniar fallacy, after the former CFO of Goldman Sachs who described the 2007 inception of the financial crisis as a ’25 standard deviation event’. The Viniar fallacy erroneously treats a probability derived from a model as a description of the world, without regard to the – often low – probability that the model accurately describes the world.

Perhaps the most egregious illustration of the fallacy we have yet encountered is to be found in the submissions of the Texas State Attorney to the Supreme Court in an endeavour to overturn the US election result. Discussing the Georgia result, an expert witness, Dr Charles Cicchetti, attaches a less than one in a quadrillion (a million billion) probability to the reported outcome. Modestly, Dr Cicchetti does not suggest that this provides ground for rejecting the outcome, only as demonstrating a need for further investigation.

Appropriately, Dr Cicchetti describes the model on which his calculation is based. All Georgia electors are either Democrats or Republicans, in fixed proportions, and always vote for the candidate selected by their party. The voters are a (very large) random sample of this electorate. Given this Gilbertian model, it is inconceivable – a less than one in a quadrillion chance – that, given the margin of Trump’s victory in Georgia in 2016, Biden could have carried the state by the margin he did (or at all – my parentheses).

Of course, what one learns from this is not that there was something fishy about the Georgia election, but that Dr Cicchetti’s Gilbertian model is ridiculous. The electorate changes, voters change their party allegiance and display greater or lesser enthusiasm for particular candidates. That is why elections are held, and why Biden won Georgia in 2020 and Clinton did not in 2016. Otherwise George Washington’s election for the Federalist Party in 1789 would have settled the course of US politics once and for all.

Mervyn King and I also describe in Radical Uncertainty the problems of applying probabilities in the context of legal reasoning. The style of thought appropriate to the courtroom is abductive, inference to best explanation, an inquiry into ‘what is going on here’. The successful case on preponderance of evidence (balance of probabilities) is coherent, consistent with evidence, and more so than any alternative explanation. In this case, the claim that a majority of Georgia and US voters preferred Biden to Trump easily – well, trumps – the assertion of widespread, concealed and concerted fraud.

The Supreme Court rejected the Texas suit without considering the substantive (if such a word is appropriate) merits, finding that the state had no standing to bring such a case.

“Things can be said in equations, impressively, even arrogantly, that are so nonsensical that they would embarrass even the author if spelled out in words”      J. Hoover Mackin

The Long and the Short of It: New edition coming soon