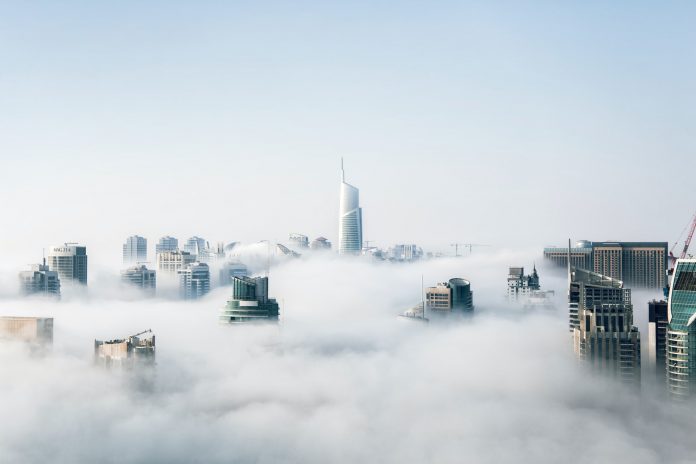 In 2010, as South Sudan was preparing to gain independence from Sudan, an intriguing proposal was suggested. Why not design its cities in the shape of animals?

A cynic might say that to ask the question is to answer it. An urban planner might think of the differences between unplanned, sprawling cities, and more rational, centrally-designed ones: London or Paris; Washington, DC or LA. An economist might question whether the proposed price tag of $10 billion represented good value for money, and whether it was better understood as a lower bound on final costs. A political scientist might wonder whether a national government is really the best body to decide on what shape a city should take. And some of these questions were apparently asked; the charming proposal appears to have gone nowhere.

But there is one decision which the government did have to make: which city should be the capital? The choice does seem to matter. Capital cities are the symbolic centre of the nation, but historically have also been economic centres. The Industrial Revolution began in patches, often in cities with proximity to raw materials such as coal and iron: cities like Manchester and Newcastle in the north of England. But in European countries, capital cities tended to be at the forefront, despite not being selected for their proximity to such useful resources: London industrialised early as well, producing the pumps that drained Newcastle’s coal mines. We observe the same trend in most other countries. Rome is an outlier — but Italy was only unified in 1871; cities such as Naples, which went on to industrialise earlier, had been capitals in their own right.

Perhaps capitals tended to grow up where transport links were already good – London is a port – or perhaps their prominence led to investment in those links. Or maybe it was a function of their political prominence and associated privileges. Intriguingly, a rare case of late industrialisation is Warsaw in what was the Kingdom of Poland: the sleepy town of Łódź industrialised decades earlier, due to a treaty allowing the construction of factories and various subsidies. The town was not near mineral resources and so specialised in textiles.

So which city was South Sudan to choose? Was it to be Juba, the existing seat of the provincial government? Or perhaps New Juba: like the old Juba, but elsewhere and in the shape of a rhinoceros? Others lobbied for Ramciel, where there is currently no city and thus any urban animal could take shape. One question which was probably not asked is “When we choose the capital, how many people will know it is the capital?” But this is a question which, properly understood, pulls all the others together.

So is it an error to use the rule? Perhaps. One interpretation is that this rule describes a statistical learning process in our brains. We construct a sample of capital cities, and consider how many are the largest city in their region. For a European, this might look something like {London (yes), Paris (yes), Berne (no), Budapest (yes), Washington, DC (no), Oslo (yes)}. We analyse this to form a sample judgement – frequently, the largest city is the capital – and then extrapolate – Philadelphia is likely to be the capital. Another interpretation is that the brain eschews statistics and is using a slightly different rule, known as a heuristic, to decide. It asks “which city in Pennsylvania do I hear about most often?”, notes the answer is Philadelphia, and offers that. Here the focus is not on size but is likely to be correlated with it – indeed, it is the correlation with size that leads it to give the wrong answer in this case.

In both of these cases, we would get different answers if we had a different set of experiences. All but 3 European capitals are their nation’s largest city. The exceptions are San Marino, Liechtenstein, and Switzerland: and in Lichtenstein the capital, Schaan, is almost continuous with Vaduz, the largest city; whilst Switzerland is so decentralised that it officially has no capital city, and merely designates Berne as its federal city. However the pattern is less clear elsewhere. Beijing is not the largest city in China, although it almost is; and New Delhi is not the largest city in India, although the Delhi Metropolitan area is about 5% more populous than Mumbai’s metropolitan area. But for Canada (Ottawa not Toronto), Brazil (Brasilia not Sao Paolo), Australia (Canberra not Sydney), the USA (Washington, DC not NYC) and several others, it’s not even close. And if we look at US state capitals, it’s even less clear: only 17 of the 50 have their largest city as the capital. The sampling approach would give us the right answer here, although the heuristic would not – we don’t tend to hear that much about small state capitals.

So the answer you get depends on the context you look at: European countries give one answer, and US states give another. Impressed by the sampling approach’s apparent success, we might be tempted to put this into statistical terms: the way to find the right answer is to ensure we sample from the right population. Of course if we care about the capital of Pennsylvania, we look at US states. But is that really the right group? In 1787 Pennsylvania was the second state to ratify the US constitution; the latest states to be admitted to the union were Alaska and Hawaii, both in 1959. Is this really a homogenous set? Perhaps the right group is actually the other 12 original states, just 3 of which have capitals which are their largest cities. Could we say this means the probability that the capital of Pennsylvania is not Philadelphia is therefore 75%? We might even construct a model to automate this calculation for us: a family of econometric techniques, such as probit, exist to answer questions with this kind of structure. (They work by constructing a virtual continuous variable which underlies the real, binary one: in this case, instead of being or not being the capital, each city would have a degree of ‘capitalishness’.) But this approach would be a mistake – and the reason we make it helps us understand our original question about South Sudan’s capital.

We often use ‘confidence’, ‘likelihood’, and ‘probability’ as synonyms. But they are not the same. And the ontology of probability has a relevance beyond avoiding attack by a poker-wielding philosopher of language. A ‘probability’ is a mathematical object, derived from an underlying process. Many mathematical puzzles, such as the two envelope game, confound our intuition because they don’t specify the process behind them. And although it is not always obvious, probabilities are everywhere: in cutting-edge AI and machine learning systems such as GPT-3; in the financial regulations supposed to keep us safe from another crisis; in our epidemiological models developed to protect us from Covid-19. Thinking clearly about probabilities requires us to think clearly about the processes which give rise to them.

Imagine someone hands you a die. How do you know if it’s fair or not? One approach is to work out the probability of each side coming up by throwing it lots of times. The process is stationary – it doesn’t change over time – and ergodic – it can always land on any number – and so with enough throws, you can be pretty confident that you’ve worked out the probabilities.

If you’re asked about a state’s capital, this is not the case. Harrisburg did not become the capital city of Pennsylvania through the exact same process by which all other states chose their capital cities. In fact, originally Philadelphia was the capital – Harrisburg was chosen in 1812, partially because of its strategic location on routes leading to the west. Philadelphia had served as the capital of the US, and perhaps Pennsylvania did not want to centralise power there. If so, it was an early proponent of compromise between powerful locations. In 1867, Ottawa was chosen as Canada’s capital to avoid giving the honour – and associated economic activity – to a major metropolis such as Toronto or Montreal. In 1956 Brazil took the concept even further, building Brasilia in the middle of a jungle to move power to the centre of the country, away from already-influential Rio de Janeiro. And in the US itself, the capital eventually moved to neutral Washington in the federal District of Columbia. If South Sudan chose to build a capital in Ramciel, it would be following this tradition.

But maybe it would be easier to leave it in Juba (sans rhinoceros), the region’s largest city and centre of power for almost 100 years. If so, South Sudan would be following an older model of the capital city following – or growing up around – the court, then government. The spending and influence associated with this power caused those centres to grow, typically becoming the largest city in the region. The capital could travel with the court or legislature: in England the (Royalist) capital briefly moved to Oxford during the Civil War; China has had so many capitals that four (Beijing, Nanjing, Luoyang, and Xi’an) can claim to be the ‘Great Ancient Capitals of China’. This process describes the pattern we see in Europe and much of the rest of the world.

South Sudan decided to leave Juba as the capital, but plans to move it to Ramciel when it is built. It is likely – I am fairly confident – that Juba will be the larger and better-known city – but it would be incoherent to attach a probability to that statement. I could pull together several factors which I think are relevant and create an index of ‘capitalishness’, but that is not a probability. My judgement is the product of a narrative about the history and politics and current state of the world. Here, of course, the elision does not really matter. But in many cases it does. We may think our use of probabilities is cutting edge, but if we don’t think carefully about them then it is Nature who will be doing the stabbing – to say nothing of the philosophers of language.

Lessons in history for Rebekah Brooks

Bedpans should be heard no more in Whitehall