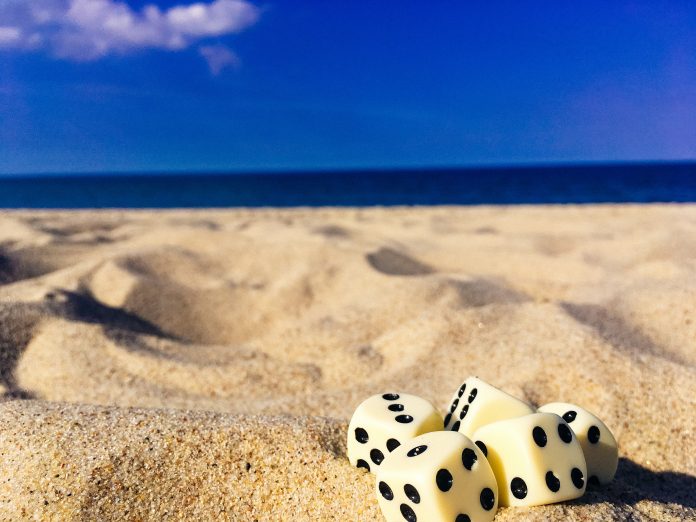 Socrates: “I dare say that you are familiar with Tisias.  Does he not define probability to be that which the many think?”

In the winter of 1653-4 the Chevalier de Méré, an inveterate gambler, sought the advice of the mathematician and philosopher Blaise Pascal.  Pascal in turn consulted an even more distinguished French polymath, Pierre de Fermat.  The resulting exchange of letters between Pascal and Fermat represents the first formal analysis of probability.[2]

Historians of mathematics have speculated on why the discoveries of Pascal and Fermat came so late in the history of human thought.  Some of the finest and most original mathematicians ever known lived in classical Athens.  And Athenians gambled.  Why did they not succeed in relating their mathematical skill to their common pastime?  After all, as mathematics goes, the theory of probability is not very difficult.

Plato sought and found truth in logic; for him there was a sharp distinction between truth, which was axiomatic, and probability, which was merely the opinion of man.  In pre-modern thought there was no such thing as randomness, since the course of events reflected the will of the gods, which was determinate if not fully known.  And even in the twentieth, Einstein would declare “God does not play dice’, expressing a belief that the world is, fundamentally, deterministic.[3]

For the Greeks, the Romans, and in the centuries that followed. The means of resolving uncertainty was not to be found in mathematics, but in a better appreciation of the will of the gods.  Hence actions which seem to us absurd, such as inspecting the entrails of sacrificial animals or consulting an oracle, were employed. And traces of this approach linger on today, among those who follow astrology, read tea leaves, or attach weight to the predictions of gurus who are believed to have privileged access to knowledge of future events.

So it is not just the mathematical expression of the concept of probability that is recent, but the concept of probability itself as the quantitative expression of the likelihood of one of a number of possible outcomes.  Even in the eighteenth century, Gibbon could write of Hannibal’s crossing of the Alps ‘although Livy’s narrative has more of probability, yet that of Polybius has more of truth’ and (in relation to a claim that the army of defeated Emperor Jovian was supplied with provisions by the victorious Persians) ‘such a fact is probable but undoubtedly false’.[4]

What did Gibbon mean?  The words ‘prove’, ‘probable’ and ‘approve’ have a common root.  That relatedness is not apparent from the way we use these words today.  But the relatedness was apparent to medieval writers – and to Gibbon – for whom ‘probable’ meant something like ‘approved by most right-thinking people’.  In an era in which truth was established by religious or secular authority, such right-thinking people might properly decline to look through Galileo’s telescope on the grounds that the Church had decreed that what he claimed to see could not be there.[5]

When the Royal Society, Britain’s premier scientific body, was founded in 1660, it took as its motto ‘nullius in verba’ – today translated informally as ‘take nobody’s word for it’ – a forceful assertion of the primacy of experiment and discovery over argument from authority.  The modern idea of probability was very much part of the development of scientific reasoning in the seventeenth century; such reasoning was a prerequisite for the Industrial Revolution and the unprecedented economic growth it generated.  And the advance of probability theory would contribute to that economic development through the creation of markets in risk. Until, in 2008, failures in these markets would provoke the gravest economic crisis in more than half a century.

[3] Letter to Max Born (1926).  Einstein himself used variants of this quote at other times.  For example, in a 1943 conversation with William Hermanns recorded in Hermanns’ book Einstein and the Poet, Einstein said: “As I have said so many times, God doesn’t play dice with the world” (p. 58).

Good to Great by Jim Collins