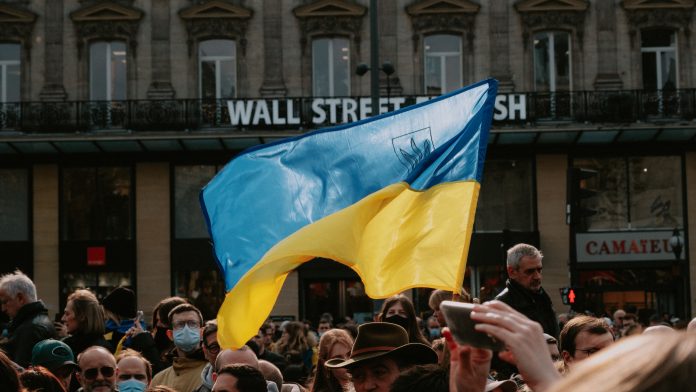 There is not much humour to be found in the Ukrainian war, but here is a vignette that might give momentary relief from the tragedy – or even a moment of insight into it.

Luhansk, capital of the self-declared independent Luhansk republic in Eastern Ukraine, was founded by the British industrialist Charles Gascoigne. He established an armaments industry in eighteenth-century Russia – as it then was – and chose that resource-rich area for its location. Gascoigne was not strictly speaking a Scot – he was born in England and his father was an English officer in the army sent to pacify the Highlands after the 1745 Jacobite rebellion. But his mother was a daughter of the Scottish aristocrat Lord Elphinstone and his reputation was made by his management of the Carron Iron Works near Falkirk – almost certainly the largest industrial enterprise in Scotland at the time and one of the largest in Europe.

The economic historian Sir John Clapham observed ‘It is a pity that Adam Smith did not go a few miles from Kirkcaldy to the Carron works, to see them turning and boring their cannonades, instead of to his silly pin factory which was only a factory in the old sense of the word’. Clapham clearly intended to reference the carronade, the light gun developed under Gascoigne at the Carron works. Napoleon would attribute Nelson’s victory at Trafalgar to the carronade, which enabled ships like HMS Victory to carry much more extensive armament than the French fleet.

But by the time of Trafalgar Gascoigne had long been settled in Russia. He was then a Russian Count, living in St Petersburg, where he died the following year. What was going on here? Probably we will never know. There is no biography based on archival research. History has not been kind to the reputation of Charles Gascoigne, describing him variously as spy, traitor and capitalist pig. Probably he was all these things. Perhaps we should all think carefully about how we shall be remembered.

How big data lets us see a little further into the...