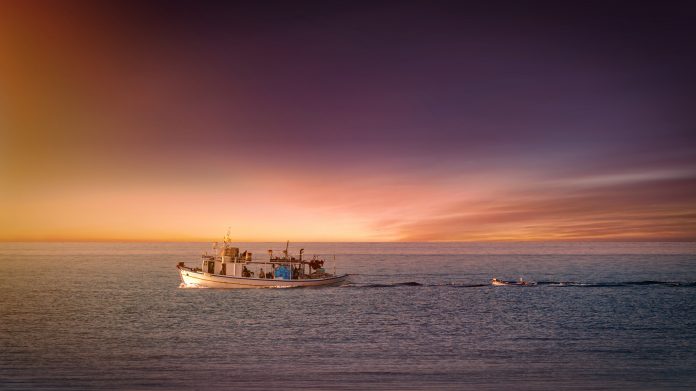 I was introduced to Catholic social teaching through the work of Alasdair MacIntyre. MacIntyre brought the concept of Aristotelian virtue ethics into the present day. We are inclined to think that when we talk about a good knife we give the word a different meaning to that we have in mind when we talk about a good life – the phrase which my dictation programme persistently preferred. Or when we talk about a good person or a good action. But Aristotle argued that the word good has the same meaning in these various contexts; the ‘ergon’ of a knife is to exhibit the properties which we look for in a knife. A good knife demonstrates excellence in the fulfilment of its purpose. A good action equally demonstrates excellence in the fulfilment of the purpose of the action. A good person is similarly one who demonstrates excellence in the Aristotelian virtues, the ‘telos’ of personhood (Nicomachean Ethics I.7).

The concept of the ‘practice’ is also central to MacIntyre’s thought.  He defines a practice as:

“Any coherent and complex form of socially established cooperative human activity through which goods internal to that form of activity are realised in the course of trying to achieve those standards of excellence which are appropriate to, and partially definitive of that form of activity, with the result that human powers to achieve excellence, and human conceptions to the ends and goods involved, are systematically extended.” (MacIntyre, 1985, p.187)

Of course, MacIntyre loathes modern business and finance. Although I have always treasured his observation that  “one key reason why the presidents of large corporations do not, as some radical critics believe, control the United States is that they do not even succeed in controlling their own corporations; that all too often, when imputed organizational skill and power are deployed and the desired effect follows, all that we have witnessed is the same kind of sequence as that to be observed when a clergyman is fortunate enough to pray for rain just before the unpredicted end of a drought.” (MacIntyre, 1985, p. 75)

And yet I was intrigued to find that he uses a business example to illustrate the nature of a practice:

“A fishing crew may be organised and understood as a purely technical and economic means to a productive end, whose aim is only or overridingly to satisfy as profitably as possible some market’s demand for fish. Just as those managing its organisation aim at a high level of profits, so also the individual crew members aim at a high level of reward. Not only the skills, but also the qualities of character valued by those who manage the organisation, will be those well designed to achieve a high level of profitability. And each individual at work as a member of such a fishing crew will value those qualities of character in her or himself or in others which are apt to produce a high level of reward for her or himself. When however the level of reward is insufficiently high, then the individual whose motivations and values are of this kind will have from her or his own point of view the best of reasons for leaving this particular crew or even taking to another trade. And when the level of profitability is insufficiently high, relative to comparative returns on investment elsewhere, management will from its point of view have no good reason not to invest their money elsewhere.” (MacIntyre, 1994, pp. 284-285)

“Consider by contrast a crew whose members may well have initially joined for the sake of their wage or other share of the catch, but who have acquired from the rest of the crew an understanding of and devotion to excellence in fishing and to excellence in playing one’s part as a member of such a crew. Excellence of the requisite kind is a matter of skills and qualities of character required both for the fishing and for achievement of the goods of the common life of such a crew. The dependence of each member on the qualities of character and skills of others will be accompanied by a recognition that from time to time one’s own life will be in danger and that whether one drowns or not may depend upon someone else’s courage. And the consequent concern of each member of the crew for the others, if it is to have the stamp of genuine concern, will characteristically have to extend to those for whom those others care: the members of their immediate families. So the interdependence of the members of a fishing crew in respect of skills, the achievement of goods and the acquisition of virtues will extend to an interdependence of the families of crew members and perhaps beyond them to the whole society of a fishing village.” (MacIntyre, 1994, p.285)

Now MacIntyre is a moral philosopher, and there is no reason why he should ask the question which would concern a business economist like me: which of these crews catches more fish?

As so often, we have a Harvard Business School case to help us find the answer. It is the case of the Prelude Corporation (Harvard Business School, 1972), once the largest lobster producer in North America, which sought to bring the techniques of modern management to the fishing industry. Curiously, the Prelude Corporation was founded by a Methodist minister, the Rev. W D Whipple, who developed a fascination with fishing techniques, and eventually brought in some heavy hitters from the business world to take control.  One experience executive who came from Raytheon the large defence contractor was the Corporation’s president Joseph S. Gaziano. Gaziano explained to the author of the case:
“…The fishing industry now is just like the automobile industry was 60 years ago: 100 companies are going to come and go, but we’ll be the General Motors … The technology and money required to fish offshore are so great that the little guy can’t make out.” (Christensen, Rosenblum & Weigle, 1972)

If you wonder why you have never heard of the Prelude Corporation (and why it does not appear as exemplar of disruptive innovation) it is not because I have made the story up. The Prelude Corporation did indeed exist, but not long after the Harvard case was written, it became insolvent. It did so, moreover, for entirely explicable reasons – reasons which are clear enough from MacIntyre’s account. You don’t make fish, you hunt it. Your success depends on the flair, skills and initiative of people who cannot be effectively supervised. The product of people who feel genuine commitment, who “have acquired from the rest of the crew an understanding of and devotion to excellence in fishing” exceeds in quality and quantity that achieved when the “only aim is overridingly to satisfy as profitably as possible some market’s desire for fish”.

And that is why MacIntyre’s second crew is still fishing while his first is not. And why in 2009, General Motors, Gaziano’s lodestone, also went bankrupt for essentially similar reasons to those which led to the downfall of the Prelude Corporation.  The business whose only aim was overridingly to satisfy as profitably as possible some market’s desire for automobiles was less successful than the Japanese and German manufacturers who had acquired an understanding of and devotion to excellence in the production of motor cars.

And the failure of General Motors in 2009 did of course follow hard upon the multiple failures of 2008.  Bear Stearns – the organisation which famously claimed “we make nothing but money” (Wayne, 1983) and Lehman Brothers; and a much broader range of larger financial institutions which were saved from insolvency only by the injection of large amounts of taxpayers money. However much he might hate it, I do not think we can do better than quote MacIntyre in describing the nature of the successful business organisation:

“A coherent and complex form of socially established cooperative human activity through which goods internal to that form of activity are realised in the course of trying to achieve those standards of excellence which are appropriate to, and partially definitive of that form of activity, with the result that human powers to achieve excellence, and human conceptions to the ends and goods involved, are systematically extended.”

Finance is needed to enable businesses and households to make and receive payments – to manage the utility without which social and commercial life would grind to a halt. Advanced economies need finance to enable individuals and households to manage their finances over their lifetime; through education when young, enabling house purchase and the nurture of families, and saving into retirement. Advanced economies need finance to channel capital from savers into infrastructure and investment, and secure the efficient management of that infrastructure and investment. And finance can help individuals and households manage the risks inseparable from modern life.

The measure of the effectiveness of the financial system is its effectiveness in fulfilling these necessary functions, and an ethical financial system is one which sustains the trust relationships needed for each of these functions to be performed. The era of financialisation which has been central to the last 50 years of economic life has, above all, been characterised by a focus on transactions rather than relationships, and has given us an industry which largely trades with itself, talks to itself, and judges itself by criteria which it has itself generated.