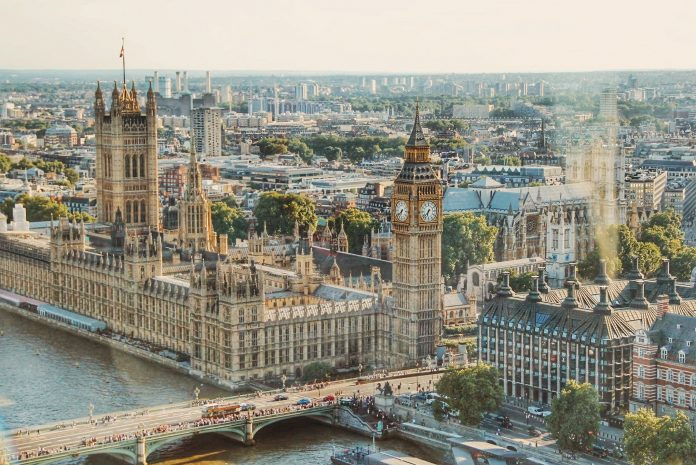 Trump’s characteristic rambling about that ‘incredible’ visit to Windsor Castle at which he got on ‘fantastically well’ with Her Majesty the Queen, aroused particular ire because of his apparent confusion as to the name of the country he had visited, and of which his host was sovereign. ‘They used to call it England’, he mused.

And yet for once he may have had a point, perhaps even an original one. It is true that they used to call it England. When I first travelled abroad in the 1970s, I was often asked if I came from England – I was willing to stretch a point and say yes – but always reluctant to say I was English. It seemed pedantic to insist that I was Scottish, but nevertheless necessary.

I recall a conversation from those days at a Greyhound bus station in Flagstaff, Arizona, with some young Americans for whom California was a distant place, and New York unimaginably far away. I explained that Scotland was not part of England, and that the powers of the Queen of England – she is still most often described as the Queen of England, though she is also the Queen of Scotland, Australia, and St Lucia – were different from the powers of the President of the United States. And that although a monarchy, Britain was a democracy. Perhaps one of these youths went on to become President of the United States, although Trump’s father’s wealth probably made the use of Greyhound buses unnecessary.

But nowadays I find it is rarely necessary to deny that I am English. People ask what is happening in the UK – I wish I knew – and are content to be told that I come from the UK. And my anecdotal experience is supported by hard data.

Google Ngram counts the frequency of word use in the mass of material digitised by the company. Over the last 50 years, the use of the term ‘England’ has declined by around 40%, perhaps reflecting the decline of the country itself. References to Britain and the United Kingdom have fallen but by much less, while Scotland has more or less held its own. But the big change is in the frequency of references to ‘UK’. This abbreviation was almost never used 50 years ago. But it has been employed more and more frequently, and today people write about the UK almost as often as they write about Britain.

The phenomenon is curious, particularly since the Kingdom is probably less united today than it ever has been. Perhaps this disunion is itself an explanation – the troubles of Northern Ireland, and the demands for Scottish independence, have drawn wider attention to the fact that England and the United Kingdom are not the same thing. Perhaps the explanation is as mundane as those irritating drop-down lists on computer forms: not only is the country we live in usually described as the United Kingdom, but it is juxtaposed with the United States, which one must presume is most frequently selected option from these lists. Or perhaps it is just the modern enthusiasm for the acronym. I don’t know. But they used to call it England, and now they often call it the UK.

Britain’s retailers are too quick to blame business rates