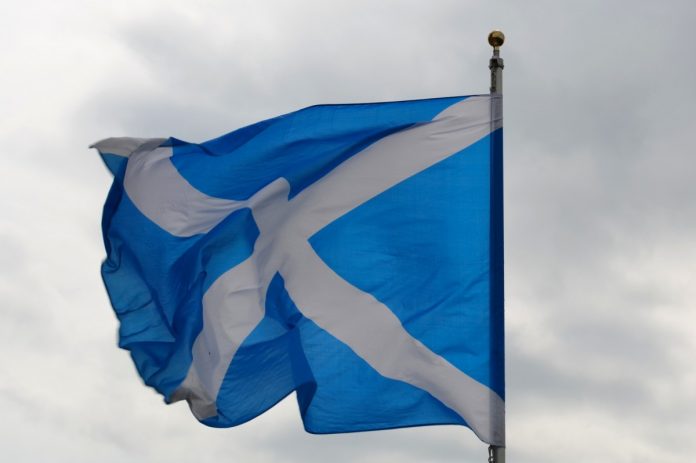 Watching the progress of Scottish nationalism is like watching a teenager grow up. Last year, at the age of 18, Scotland’s devolved parliament finally took the step it has always had the power, but never before the courage, to implement. It set a higher rate of income tax in Scotland than that of the rest of the UK. But Holyrood still finds time for things that grown-ups are too busy to do, such as discussing the proper positioning of the Shetland Islands on maps of Scotland.

The economic case for independence presented before the 2014 referendum bore many resemblances to the classic school essay: what I would like to do when I grow up. Everything would be the same, only better. The Scottish government’s white paper mostly contained a list of things the devolved government already had the legal authority (but not the money) to achieve.

The budget projections were based on wishful thinking about oil revenues. And the pro-independence campaign made a serious error by announcing that there would be a currency union with the rest of the UK. Rather like saying that you will be independent but of course mum and dad, or in this case the Old Lady of Threadneedle Street, will always be there to bail you out if needed. Mum and dad quite reasonably retorted that once you left home, you were on your own.

The report of the Scottish National party’s Sustainable Growth Commission, two years in the making and published last week, is an altogether more mature document. Its emphasis on fiscal responsibility has angered leftwing critics: those within the party who want independence, as well as those in Scottish Labour who oppose it.

But it is inescapable that an independent Scotland would inherit its share of the UK’s unpromising fiscal position and lose the benefit of the subsidy from England implied by the convoluted “Barnett formula”, which has determined public expenditure levels in Scotland for the past 40 years. Any nationalists who believe that independence would mean freedom from budgetary constraints are indulging a fantasy.

Balancing Scotland’s books depends on healthier growth . And so the report belies the leftist image of Scottish politics with a strong pro-business focus, recognising that the success of small economies depends on the ability of strong domestic industries to sell specialised products in global markets. Its exemplars are Denmark, New Zealand and Finland, providing the world with insulin, butter, paper and, not that long ago, mobile phones. The social homogeneity of these small states promotes an inclusiveness and stability that has enabled some to achieve faster growth rates than the countries of the G7.

But it has downsides. Inclusivity can easily become exclusivity. Witness the parliamentary success of the populist True Finns, Danish People’s party and New Zealand First, which has taken them all to positions in government. And the crony capitalism of Ireland and Iceland that preceded the global financial crisis is a problem that small states struggle to escape.

This time, the currency question is sensibly dealt with by noting that there is no need for an independent Scotland to do anything at all. The world has moved on from the days when money was distinguished by the head of the sovereign — or perhaps has gone back to the days when gold was a medium of exchange that knew no boundaries.

Currency is no longer tied to nationality and, even if Scotland did at some time adopt a currency of its own or the euro, it is likely that many individuals and businesses in Scotland would maintain accounts in sterling.

Of course, the Bank of England would no longer be there to bail out failed lenders as Royal Bank of Scotland was in 2008. But the lesson of the financial crisis — only partly learnt — is that no one should be there to bail out failed banks. The report proposes a scheme by which the Scottish government would protect retail depositors in Scottish banks. International capital markets can look after themselves.

The report falls short of presenting an economic case for independence. But it demonstrates that if other arguments led to a second, successful independence referendum, economic issues would not prevent a “yes” vote, and describes a possible more prosperous route ahead.

But hanging over all this debate, as it does over every issue in British politics today, is the shadow of Brexit. Whether Scotland remains part of the UK, or becomes independent, its position is similar to that of Northern Ireland and indeed the Irish Republic. Like them, Scotland benefits from being part of a European single market — and a substantial majority of Scots voted to remain part of one — but, like them, Scotland needs a single market with England more.

The economic consequences of Brexit changed the terms of the independence debate in Scotland. And so did the political consequences. Nicola Sturgeon, the SNP’s leader, is a commanding figure as first minister, and Ruth Davidson a sufficiently effective leader of the opposition that many English Conservatives wish she were leading the party on both sides of the border.

Scottish politics looks like an oasis of sense and stability in a Westminster desert devoid of ideas and effective leadership. Perhaps the child has finally outgrown its parents.

Why those who seek popularity lose their authority