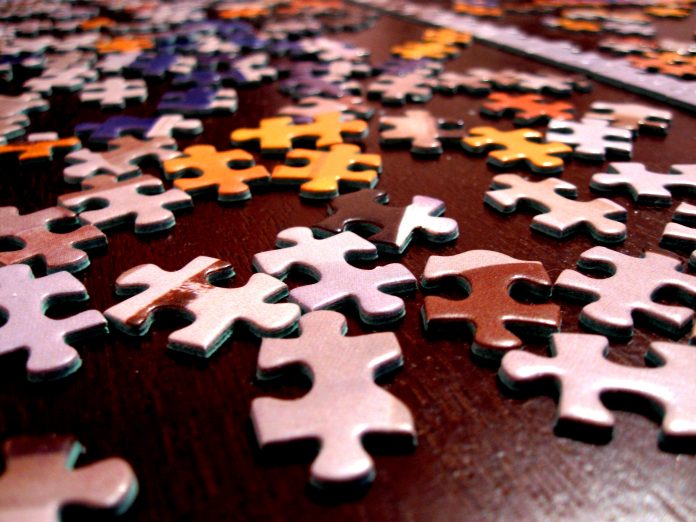 The online landscape is dominated by a handful of tech titans, with nine in 10 internet searches made through Google, 99 per cent of smartphones using Apple’s iOS and Google’s Android operating systems, and Facebook remaining the dominant social media platform. It is time to call the big tech companies what they are: oligopolies. They use their might to maintain market position—just look at the travel site Expedia, which owns Travelocity, Hotels.com and Trivago.

The tech giants protect their interests through buying potential challengers and spending millions lobbying governments. Their increasingly dominant position often leaves entrepreneurs feeling they have little to no choice but to sell or shut up shop. The gobbling up of small rivals stifles innovation and limits consumer choice.

And because tech titans operate across borders and as intellectual property is their main source of income, they are extremely difficult to track. That means authorities struggle to keep up and gather their proper tax take. Supranational bodies, notably the EU, are in the best place to regulate and, where necessary, break-up these oligopolies.

There are some obvious candidates. Amazon could be three separate businesses—one offering cloud computing, another acting as a general retailer and a third that acts as a third-party marketplace. Facebook could be forced to divest itself of Instagram and WhatsApp as a condition for operating in the EU, immediately creating two new social media networks. Google could be asked to divest YouTube.

The sheer openness of the internet offers almost endless creative opportunities. But it requires regulatory help in order to thrive.

In investment circles, they call them the FANGs—Facebook, Amazon, Netflix, Google. The oldest of them, Amazon, is still less than 25 years old. Yet their stock market valuations make them among the largest companies in the world.

Each of them has prospered by disrupting established industries with new goods and services and innovative business methods which have attracted millions of customers—for Facebook and Google, billions. Facebook has transformed the ways people communicate. Amazon pioneered online retailing and built internet skills which have enabled it to establish Amazon Web Services as a leader in cloud computing. As for
Netflix, it has allowed people to watch movies at home whenever they want. And Google has put a wealth of knowledge at everyone’s fingertips. Each has made substantial profits while making services available more cheaply than before.

That is how market economies are meant to work: by encouraging and rewarding innovation. New businesses overtake complacent incumbents. IBM dominated the computing industry for two decades until it was forced to cede leadership to Microsoft. And then Microsoft stumbled—recall its then-chief executive Steve Ballmer laughing at the idea that anyone would pay $500 for a mobile phone. Then Apple became not only number one in mobile technology but the most valuable company in the world.

Anyone with a computer can set up an online shop—ironically, Amazon makes it particularly easy.

The entertainment business hardly lacks competition for Netflix. There are many search engines, but people seem to come back to Google because it is the best. And while Facebook seems invincible today, it is only a decade since people said much the same about MySpace. And in time the FANGs will suffer the fate of MySpace, as did United Steel, General Motors and IBM in past decades.

There is lots of work for antitrust to do where competition is failing, starting perhaps with energy and finance. But not here.

But complacency among these tech giants is not the issue. Far from it—the big tech firms are highly active in cementing their positions, not always through innovation, but often through defensive acquisition.

Facebook is constantly looking for prey. In 2011 it snapped up the mobile app-platform Snaptu; a year later, the facial recognition firm Face.com; in 2013 Onavo, which is now Facebook Israel; and then it splashed out $60m for Pebbles three years ago. Israel is a leader in hi-tech, so we can be sure Facebook is running the slide rule over a number of Israeli firms that have enormous potential—but will never be rivals due to Facebook’s chequebook.

Also, we cannot be too complacent ourselves, because history teaches us that, in practice, small concentrations of power quickly become continued monopolies.

In just four decades, Standard Oil went from start-up to being declared an illegal monopoly, reviled for undercutting competitors. That might have been over a century ago and in a different landscape, but we can see how the tech titans are similarly riding roughshod over their rivals.

Unfortunately, we don’t have the same trust-breaking spirit in the UK today. Too often, our competition watchdogs have focused on pricing, rather than overwhelming market share.

Just look at the audit market, which is so dominated by the so-called Big Four of KPMG, Deloitte, PwC and EY. Rather than break them up, the Competition Commission came up with a toothless imposition of mandatory tendering that has done nothing to end their dominance.

The tech scene cannot be allowed to go the same way.

We agree on the fundamental issue—policy should protect the process of competition, which is what gives us efficient businesses and new products. But most of the complaints about FANGs and other new companies come from people who dislike the process of competition, or at least its results. They want to preserve existing business models. They want to sustain high street shops, even as fewer and fewer people want to go to them. They regret the decline of newspapers, although we now get our news more rapidly, and from more diverse sources. They cannot accept that the internet diminishes the need for public libraries, or renders much of the traditional publishing industry redundant. They long for the reliable routine of the schedules of the traditional broadcaster.

We also agree that we need a competition policy which favours competition and innovation. Accountancy is concentrated because we mistakenly allowed the Big Eight to become the Big Four. We should never have permitted Facebook to buy Instagram and WhatsApp. But these acquisitions are not the reason why Facebook is successful. Like Amazon, Google and Netflix, Facebook has prospered because its founders invested in producing a service that consumers love. And the moment consumers fall out of love with these companies’ products, there are other social media, other retailers, other search engines, and other entertainment media available. That is how competition is supposed to work. We should distinguish companies which have become large through success from those which have become successful by eliminating competition. The competition authorities should examine the dull incumbents which have strangled innovation in major parts of the economy for decades: accountancy is, as you suggest, a good start, and I have already proposed energy and finance as appropriate targets. Better that than to target the upstarts which have arisen in the past few years to challenge their status quo.

You are right that some of these companies are much loved—though Facebook’s reputation with the public has clearly taken a hit in the wake of the Cambridge Analytica scandal. Yet -Facebook’s market value remains above half-a-trillion dollars. These big tech firms are innovative, but that must not blind us to the fact that it is in their interests to stop newcomers breaking through. And that is what strangles innovation. Take Amazon’s recent acquisition of Ring, the smart doorbell firm. It’s only a start-up, but Amazon found $1bn to secure the deal.

What is unusual about the big tech firms is that they are genuinely global operations, easily able to cross borders through the internet. They raise different challenges to those we have seen in the past. This means we need international co-operation, through the likes of the EU and the World Trade Organisation, to tackle their activities. Domestic regulators cannot address these behemoths alone.

Most monopolies act in a way that leads to rising prices and this triggers the interest of watchdogs. But big tech firms appear to be offering something for free. As such, big tech firms operate in an environment of falling prices—or sometimes no prices at all, escaping all regulatory attention.

In today’s digitalised economy, information is where the money is. This is one of the reasons I have suggested that people should be paid for their data. By empowering people to choose where to sell their information, personal data would no longer be monopolised by the tech giants.

Competition authorities need to move beyond a reliance on prices towards an analysis of the impact of takeovers and mergers on societal welfare. That means taking into account the impact of deals on innovation and data privacy, and reviewing whether the current market concentration thresholds are appropriate. The wild west of the internet must be tamed.

I agree that competition policy has lost its way. As we correspond, the Competition and Markets Authority is drawing circles around Sainsbury’s and Asda stores, calculating how far consumers might have to walk or drive to find another supermarket. This traditional approach to monopoly, concentration and market definition completely misses the point. Walmart, already the largest retailer in the world, bought Asda in order to extend the company’s footprint outside the United States. That acquisition enhanced competition in the UK—and threw incumbent firms into panic.

But Walmart was not successful here and that is why they are selling; Sainsbury’s and Tesco competed effectively against them, and in the end the squeeze between discounters such as Aldi and Lidl and high-end Waitrose proved a more serious threat. Competition here is working as it should.

In the modern business world, competition is about strategies, innovation, and new business models and new ways of responding to consumer needs. Amazon’s purchase of Ring was intended as a step towards a world where we don’t have to wait at home for a delivery. Amazon is not aiming to raise the price of doorbells. The same firm’s purchase of Wholefoods was pro-competitive too—it cut billions off the value of established US supermarkets, such as Walmart.

Google bought Waze in order to integrate mapping and data and deliver a service that every motorist has longed for: GPS with live updates on traffic. None of us—not government departments, not the competition authorities, not the firms themselves—know how these processes will work out, as Walmart discovered to its cost. We should be promoting innovation and entry wherever possible. So let us not attack the firms that are changing the world, but direct anti-trust policy against the companies which are slowing these changes. We have each identified some strong candidates for such attention.

A lifetime in investment trusts