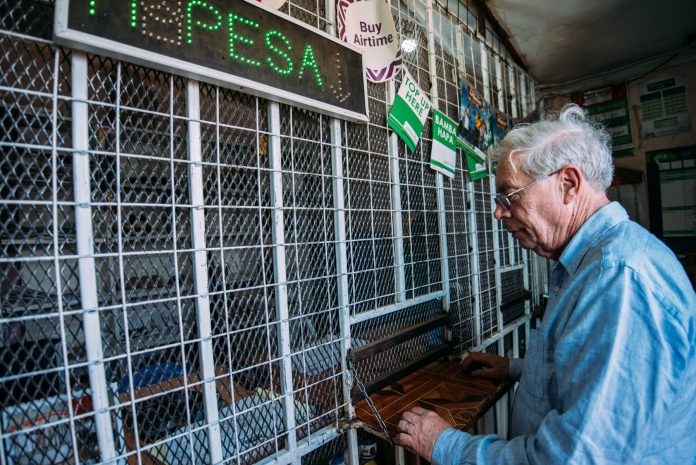 I spent a week in Kenya, courtesy of Financial Sector Deepening, an initiative of a number of aid agencies, including Britain’s Department for International Development, the Swedish government, and the Gates Foundation.  At the same time, African banking is in the news, as Atlas Mara, the African venture of Bob Diamond – the investment banker ousted by regulators in 2012 from his position at Barclays – has run into further trouble, with the abrupt department of its chief executive, John Vitalo.  Although Diamond has succeeded in his quest to make banking acquisitions across the continent, scepticism about whether the businesses are worth what has been paid means that shares in his London-listed venture have fallen by more than 80% since launch.

Kenya is a particularly interesting case study of financial inclusion in developing countries because, astonishingly, Kenya was the first country in the world to achieve wide adoption of the use of the mobile phone network as a payment system.  M-Pesa was launched in 2007 by Safaricom, the leading mobile operator in Kenya, with Vodafone as the largest shareholder.  Today everyone in Kenya with a phone, which is most of the population, is linked to the M-Pesa network and small retailers everywhere act as M-Pesa agents.

M-Pesa began as an outreach activity from Vodafone and it is likely that if anyone had imagined the scale of its success it would have been strangled at birth by financial regulators or incumbent financial institutions.  There is much scope for useful financial innovation if you are regulated as a mobile phone operator rather than a bank.  M-Pesa was adopted rapidly because it offered a solution to an immediate, and widespread, problem – how to make remittances from Nairobi to families and relatives in villages far from the capital in a country in which the mobile phone network was one of the few efficiently functioning elements of infrastructure.  One senior bank executive told me that before M-Pesa he solved this problem for his own family by handing an envelope containing cash to a trusted bus driver.

‘Financial inclusion’ in a country like Kenya is a term that could mean two very different things:  For people whose background is in the finance sector of the West, ‘financial inclusion’ means ‘how can we sell our product range to poor people?’ ; for those who are familiar with the needs of simple communities, financial inclusion is about identifying ways in which enterpreneurial energy can be channelled for public as well as private benefit.  For me the dichotomy became surreal in an interview on the East African version of CNBC, where the interviewer and I were entirely at cross purposes.  I did not share his vision of a future in which Kenya villagers would be glued to CNBC on their solar-powered televisions and Nairobi entrepreneurs would be dealing in forex and credit default swaps with the enthusiasm of traders in London and New York. 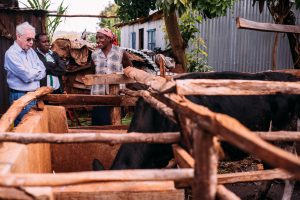 At the other end of the spectrum were visits to smallholders and villages.  In Other People’s Money, I repeated and (I thought) exaggerated Michel Albert’s description of the origins of the global insurance industry – Swiss villages in the seventeenth century coming together to mutualise the risks of their hostile environment, ‘to agree that if a cow died, they would take collective responsibility for replacing it’ (p61). On a Kenyan smallholding, this was not caricature, but reality. A small farmer on the outskirts of Nairobi explained that if she could save enough, she would clear part of her plot of maize in the hope that it could be developed for accommodation. Real estate was preferable to agriculture because land, unlike cows, did not die.

And a senior Kenyan insurance executive explained that his company had tried to offer such insurance but had discontinued it because they were too often victims of a scam. Villagers might not defraud each other, but would not hesitate to defraud a rich and distant insurance company.

There is a very general lesson in all of this. Financial services for a developing economy need to be established from the bottom up, not the top down. Begin with the simple needs of unsophisticated communities, where you find the social interactions which take the place of law and regulation. As institutions which fulfil these needs grow in scale, they will develop into larger, more formalised entities with more diverse and complex functions. That is how finance evolved in Europe and the United States, and for a long time the only substantive regulation there was the legal process which put bad people in jail, a regulatory tool which has regrettably fallen into disuse.  When we seek to apply capital requirements invented for American banks to community savings groups for which $1 is a regular subscription, or ‘know your customer’ rules to poor and illiterate people who may not even have identity cards, two worlds collide, unproductively for either.

Pensions are stuck in a doom loop