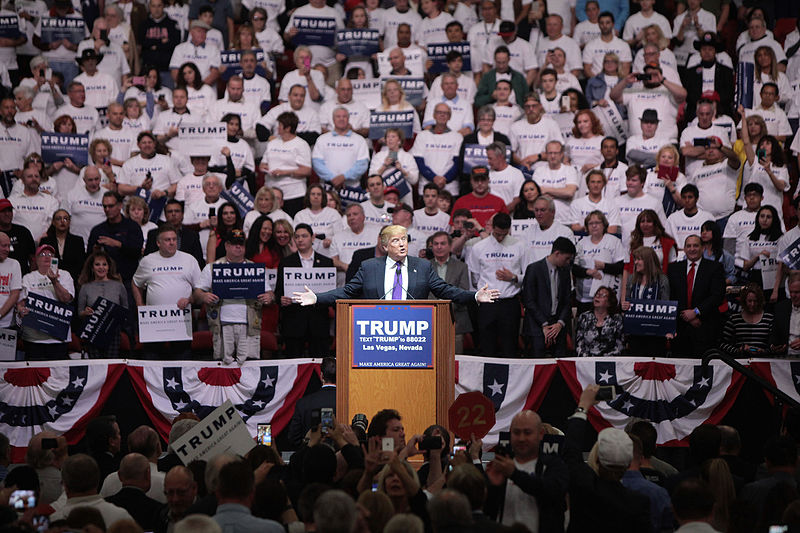 In the circles shocked by America’s election of Donald Trump, and surprised by the outcome of Britain’s EU referendum, there is wide agreement that the origins are economic.

Globalisation, the central economic development of recent times, has produced winners and losers. Consumers benefited from cheap Chinese goods, financiers profited from the explosion of capital flows. But low-skilled manufacturing jobs disappeared to Asia and bankers’ bonuses failed to trickle down. Now the losers have demonstrated their resentment, in a surge of support for populist movements.

There is something in this explanation but not enough. And the prescriptions that emerge from it — tweaks to income distribution, more aid to failing industries and districts — are as a result too facile. They understate the scale and nature of the problem. And they will fail to promote cohesion in the future as they have failed to do so in the past.

While it is true that neither Brexit nor Mr Trump would have won without attracting the support of disaffected working-class voters in depressed areas, many of those who voted for either were not economically disadvantaged. Polls have shown that the average income of Mr Trump’s voters was above that of Hillary Clinton supporters. The strongest predictors of voting behaviour have been age, education level and ethnicity — not income.

Polls have shown that the average income of Mr Trump’s voters was above that of Hillary Clinton supporters.

And the evidence on inequality and globalisation is far more nuanced than so many would have guessed from parking Thomas Piketty’s Capital in the Twenty-First Century on the bedside table. Investigations of the relationship between inequality and globalisation in the west have mostly failed to establish any direct connection. The growth of owner-occupation and pension rights have spread wealth widely. The fact that the benefits have gone mainly to the baby boomers is storing up problems — but is not the immediate cause of discontent. Even the widely cited slow growth of median income is misleading; if the underlying population is changing through migration and new household formation, the median income is not an accurate description of the experience of a representative household.

In reality, what has happened to income distribution is a country-specific phenomenon rather than a general one. But in the west, the populist surge knows few boundaries. Polls next month involve the real possibility of victory for the far right in the re-run of the botched Austrian presidential election, and defeat for Prime Minister Matteo Renzi in Italy’s constitutional reform referendum. Ahead of a Dutch general election early next year, Geert Wilders of the anti-immigrant Freedom party is polling strongly, and Marine Le Pen of France’s National Front is likely to reach the second round of voting for the presidency.

The diversity of experience has another aspect. Populism has benefited all political fringes. On the left, we have seen the rise of Jeremy Corbyn, leader of the opposition Labour party in Britain, Syriza in Greece and Podemos in Spain. The rise of single-issue pressure groups is another feature of our times — environmentalists, campaigners for a variety of minority rights.

While the primary cause of today’s political fissures is not directly economic, but rather the collapse of traditional structures of political authority, it does have economic origins.

The post-cold war settlement that Francis Fukuyama characterised as the end of history — the combination of lightly regulated capitalism and liberal democracy — carried the seeds of its own destruction. The hubris that legitimised greed and proclaimed the primacy of shareholder value led to the global financial crisis of 2008 and, more generally, undermined the legitimacy of capitalist organisation.

The post-cold war settlement…carried the seeds of its own destruction.

The demise of practical socialism, meanwhile, destroyed the traditional basis of party organisation. Today Europe’s traditional social democratic parties are led by a metropolitan elite whose preoccupation with the environment and discrimination has little resonance with the traditional working-class base.

And the old parties of the right were uneasy coalitions of those who had most to fear from socialism. Business and the rich, liberal individualists, social conservatives, religious groups — groups that had little in common with each other except the same enemy.

Our traditional parties have turned on themselves and fragmented. They have created the space that Mr Trump has filled so successfully.

The rise of social media removed filters to expression, encouraging a sense that all views were equally valid, and paved the way for “truthiness” — the notion that something is true merely because you believe it to be so. The established media, the traditional filters, largely abandoned that role. It became too easy to read only confirmation of one’s own prejudices.

Criticism of the institutions of democracy was once taboo. The notorious UK headline that cast judges as “enemies of the people”, and chants at Mr Trump’s rallies of “lock her up” directed at Mrs Clinton represent the abandonment not just of a sense of ordinary decency but of respect for other views and for the legitimate authority on which democracies depend.

Mr Trump is simply the latest of the authoritarian xenophobes who have secured leadership positions since the beginning of history. The sophisticated institutions of modern democracy, with checks and balances at every stage, have mostly — but, dangerously, not always — kept such demagogues under control. But since the ineffectual response of democratic politicians to the global financial crisis, the contrary pressures have become too great to be resisted.

This article was first published in the Financial Times on November 12th, 2016.

The power and the glory