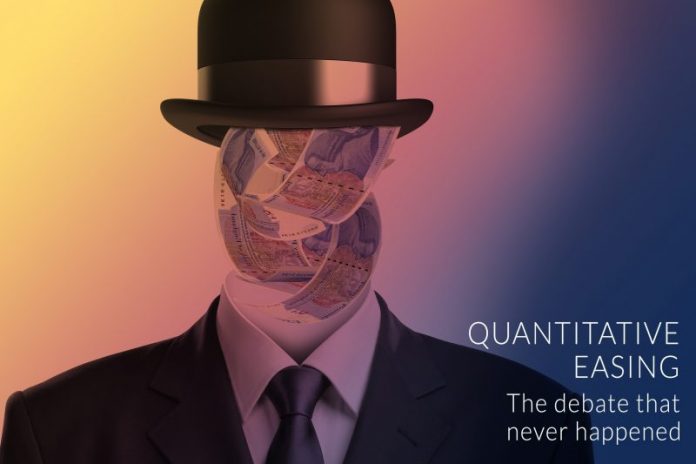 They used to call it open market operations.  But the term ‘quantitative easing’ came into use in the 1990s to describe the loose monetary policies of the Bank of Japan, the  provision of liquidity to the banking system by using short term government liabilities to purchase long term assets held by the private sector.  Since the financial crisis of 2008, Central Banks have employed this policy on an unprecedented scale.

But to what effect?  We don’t really know.  Some impacts are obvious – the rise in asset prices, especially those of long dated bonds, the problem posed for funded pensions by unprecedentedly low interest rates.  This paper highlights the impact on inequality:  quantitative easing benefits those who have assets relative to those who have not, and favours those whose assets are securities rather than short term savings.  And fragile financial institutions, and their customers, have gained as their balance sheets have been propped up by quantitative easing.

But has the policy been effective in stimulating consumption and investment?  This paper raises the wider issue that there is really no forum in which this question is asked or answered.  There has always been an atmosphere of mystery, even awe, about the activities of Central Banks.  But the modern fashion for Central Bank independence, implemented in Britain in 1997, has reinforced the suggestion that these activities are technical matters inappropriate for public and political discussion.

But no democracy can accept that policy decisions which have large effects on the distribution of income and wealth, on financial stability and economic growth, are off limits.  There is merit in delegating the analysis of complex questions to qualified experts:  but in the end politicians have, and should have, responsibility for the outcomes.  In discussing the origin of Britain’s quantitative easing programme, this paper suggests that Central Bank independence may be a cover for the reality of political direction.  At the very least, responsibility for both policy and outcome is diffused.

This is the first paper from Radix, a new think tank of the liberal centre.  It raises fundamental  issues about both the effectiveness and legitimacy of a policy which has been central to the economic strategy of all governing parties over the last seven years, but which has not been central to political debate.  I commend its rigour and its radicalism.

The real meaning of corporate sustainability