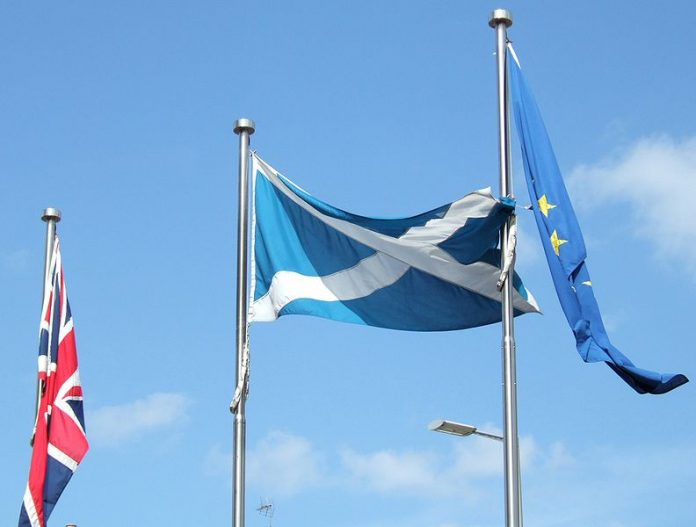 I am Scottish, British and European and happy to remain so. I am, mostly, proud of all these things. I left Scotland more than 40 years ago, but there is still a lump in my throat when I return. A recent stay in the Netherlands — liberal, tolerant and defensive of its own culture — emphasised a common European identity, one which does not self-evidently extend to Greece, far less across the Bosporus.

The farcical US presidential campaign highlights the transatlantic gulf in values. We Europeans struggle to understand how settled issues like gun control and healthcare can be so hotly debated: or why their abortion debate is conducted by groups shouting incompatible slogans and cannot be resolved by pragmatic compromise.

My pride in being British was revived in visiting former British colonies. Australia and New Zealand are mature democracies, multi-ethnic but not multicultural, sufficiently comfortable with themselves to have voted to retain their anachronistic monarchy and flag. British people did evil things in India, Singapore and Hong Kong, Scots prominent among the evildoers. But India’s messy democracy and free press are a British legacy: Singapore and Hong Kong remain Britain’s gateway to China and important to that country’s own economic development. Why some people see these connections as incompatible with continued British ties to Europe escapes my understanding.

Those who would discard one, or even two, of my claims to Scottish, British and European identity emphasise the indivisibility of sovereignty. Their concept of sovereignty dates from an era when the state was defined by its monopoly of internal and external coercion. But internal coercion in Europe today is imposed by social cohesion and democratic consensus, not by force. And modern Europeans are wary of external coercion, sometimes to the fury of their leaders, who still hanker after the authority and influence it once gave them. Europeans have learnt that the public costs of foreign military engagements far exceed the private benefits of forced extraction of resources from hostile populations.

European states are not primarily coercive entities. Like businesses, they deliver services — health, education, social welfare, infrastructure — to their customers. The process-oriented organisation appropriate to the governance of repression has not sufficiently adapted to this managerial role, in which effectiveness is judged mainly by the quality, rather than the propriety, of outputs.

The Europe worth campaigning for recognises multiple identities and the changed nature of the state. If government is a provider of services rather than a monopolist of force, its powers can be, and inevitably are, shared. The rational debate is not over sovereignty, but about which unit of government is best fitted to deliver which services. And just as I look at different times to Scotland, Britain and Europe to define my identity, similarly I look to different levels of government in Scotland, Britain and Europe to meet my requirements for health and education, for welfare and social care, refuse collection and trade policy, industrial strategy and environmental protection.

A European elite sees “more Europe” as the answer to every question. But European citizens will not allow that elite to create the institution it seeks. As Philip Bobbitt has written: “It is a failure of imagination to assume that the only thing that will replace the nation-state is another structure with nation-state-like characteristics.”

Properly understood, the new European ideal transcends the categories which have driven political dialogue since the Treaty of Westphalia in 1648. The British economist Andrew Shonfield described the European project as a journey to an unknown, because unprecedented, destination. I shall vote to continue that rough but exhilarating journey.

What Bob Diamond really tells us about the city

Love the bearer of bad news