“No one can afford to buy a house in London any more.” Once again, rising house prices are a topic of conversation at metropolitan dinner parties. Over the past 50 years, figures from the Halifax show Greater London house prices rising relative to those in the rest of the UK by a modest but cumulatively significant 0.5 per cent per year.

But people plainly can afford to buy houses in London. House prices can be high and rising if – and only if – people can afford to pay these prices. Some people who used to be able to afford central London house prices are now unable to do so, while others who used not to be able to afford them – or chose not to afford them – can now do so. If prices are rising, it is because the latter group outnumber the former. What has changed is not housing but the backgrounds of the people who live in these homes and their sources of wealth.

Carlton House Terrace is possibly the most desirable address in London. The street overlooks The Mall, the approach road to Buckingham Palace. A house in Carlton House Terrace is at present on the market with a reported asking price of £250m. If that price is achieved, the house would be the UK’s most expensive property. The current owner is thought to be a Middle Eastern prince.

Two doors away is the London residence of the Hinduja brothers, scions of the family-owned, Indian-based industrial and financial conglomerate. They have spent hundreds of millions of pounds on the most opulent of restorations. Most of the rest of the street is occupied by bodies which benefit from the favour of the freeholder, the Crown Estate. The British Academy and the Royal Society are on opposite sides of the steps leading down to The Mall. In a glorious, if incongruous, conjunction the Turf Club sits next to the Royal Society. 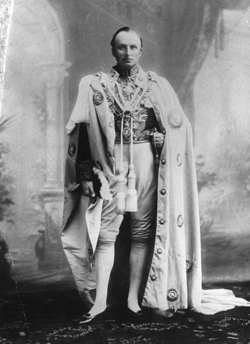 In the 19th century, all properties in the street were private residences. Some occupants were politicians – Lord Palmerston and William Gladstone both lived in Carlton House Terrace. So did Baron Stockmar, the shadowy counsellor to the young Queen Victoria. But the majority of residents were aristocrats whose names have faded into obscurity.

Democracy chose a different type of politician, and the power and wealth of the British aristocracy waned. In the 20th century Carlton House Terrace took on a more commercial tone. One resident was Weetman Pearson, 1st Viscount Cowdray, the architect of the Pearson Group – the company which today owns the Financial Times, but was then a global infrastructure business which built the rail tracks under New York’s East River. His neighbours included George Stephen, the Scots-Canadian financier of the Canadian Pacific Railway; Harry Gordon Selfridge, who established the eponymous department store; and Lord Revelstoke, of the Baring banking family. George Nathaniel Curzon, the grandest of India’s viceroys, returned from the subcontinent to become the terrace’s most superior resident, although he never accomplished his real property ambition – a move to 10 Downing Street.

A home in Carlton House Terrace is the ultimate “positional good”. This is a term coined by Fred Hirsch in an insightful work titled Social Limits to Growth (1976). Economic growth is associated with increased availability of most commodities, but for some the absolute supply is fixed. Beautiful landscapes, paintings by Rembrandt. Properties in Carlton House Terrace and other prize London locations such as Belgravia’s Eaton Square, Kensington’s Pelham Crescent, and Hampstead’s Bishops Avenue. The staff needed to service grand properties are also positional goods. The positional good is one which by its nature can only be available to a few people.

The price of positional goods will normally rise faster than incomes. People aim to spend more of their income on positional goods as they become richer, but only a few can ever realise these ambitions. So such goods will always held by the people who are at that time the richest, but who these people are may vary from time to time. The range of house prices – and the availability of servants – will reflect the underlying inequality of incomes. The price of prime property in central London will be a direct function of the levels of income and wealth of the most affluent people who want to live in London.

The story of subprime central London property is more complex. The invention of motorised transport in the 19th century made possible the development of large cities, with large populations. In 1801, 1m people lived in London: in 1901, there were 6.5m. The first underground railways allowed the geographical expansion of London’s inner core – the grand houses of Earls Court were a direct result. But the attractions of these houses proved shortlived. With the growth of a suburban rail network, a new word – commuter – entered the English language to describe the holder of a season ticket. The expansion of London continued as the transport network grew. In the 1950s, John Betjeman would celebrate “Metroland” – the developments to the northwest of the city made possible by the building of the Metropolitan Railway.

The street of terraced houses in which I live is considerably more modest than Carlton House Terrace but was built at about the same time, though for artisans and tradespeople rather than aristocrats and statesmen. The first occupant of my house was a carpenter who occupied the lower floors with his wife and family while their two servants huddled in attic rooms. But as the character of London changed to become a commuter city, this type of centrally located property entered a long and steady decline.

By the end of the 19th century, the house was in multiple occupation: a house painter and his family occupied the ground floor, with three rooms let to lodgers. When the architectural historian, Sir Nikolaus Pevsner surveyed London’s architecture in the 1950s, he would describe the area as slummy. But not for much longer. Expansion of London’s boundaries had reached its limits: a “greenbelt” constricted further expansion. The improvement in transport links came to an end; commuting to London is generally no easier or quicker today than in 1939. The supply of London houses was once more a fixed number, and London property as a whole – not just its trophy residences – became a positional good. The composition of employment in London was also changing. Manufacturing and wholesale distribution now suffered rather than benefited from a London location and moved out. For much of the postwar period, official policies encouraged that relocation. In their place, financial and business services expanded and clustered in the capital.

Another new word – gentrification – was invented to describe the resulting changes, as kitchen stoves gave way to Gaggenau appliances. The skips have long gone from my street – they have moved steadily outward from the centre, as Hackney and Stoke Newington take on a new identity as Islington East, and Kilburn becomes West Hampstead. Where gentrification has a longer history, you can identify successive layers of incomers, as on an archaeological site: most houses are occupied by people who could not now afford to buy them. Most residents now work in business services, but, in a further turn of the wheel of fortune, many of these people now struggle to afford property in central London; they are squeezed by those who acquire positions, or the money that goes with positions, from their parents. Thus, the historic rise in house prices aids the transmission of inequality through the generations. There is a certain irony in noting that now my most famous neighbour is the son of Tony Blair, the former UK prime minister. 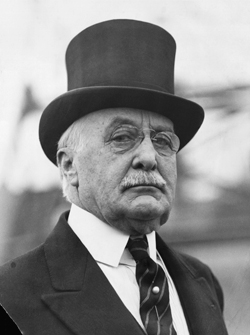 In Carlton House Terrace, British politicians and aristocrats gave way to British businessmen and financiers. Briefly, at about the time of the second world war, reduced inequality diminished the attractions of these properties and limited the ability to find the staff to keep them going. But, as inequality again increased, and an improvement in international communications made world, rather than domestic, inequality relevant, these prime properties became havens for a global elite, and London the world’s most desirable – and hence the most cosmopolitan – city. The positional good of a prime London property became a universal aspiration. A terraced house in Marylebone was a positional good when it was built in the early 19th century, and 200 years later it would be a positional good again.

The monetary rewards attached to different occupations and social positions change from one period of history to another. The houses remain, the backgrounds of their occupants change. Central London houses are always affordable. The economic and political climate determine who can afford them at any particular point in time, and that in turn determines the social complexion of the capital.

Lessons from a 1930s rebound that petered out