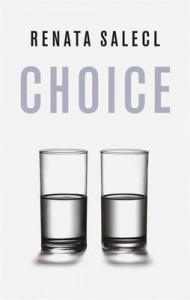 In France recently, I visited Maison Herbin, an artisanal producer of exquisite jams. A small selection of Herbin jams is available in local supermarkets. But faced with the choice of over a hundred 100 jams, I reduced the number of alternatives to 30 or so, and then … well, I finally walked out of the shop without having bought any jam at all. This behaviour was predicted by social psychologists: a much-cited study showed that people were less likely to buy jam when given the opportunity to taste 24 varieties rather than six. People are overwhelmed by variety of choice.

In modern economics, it is axiomatic that choice is beneficial: without that assumption, the whole theory of rational choice falls away. Yet we have all had our Maison Herbin experiences. The Indian practice of arranged marriages reduces the number of available spouses from 6bn to just one. What could be more oppressive? Yet many Indians express relief that they are spared the ­agonising rituals of selection and rejection.

Perhaps choice is not always so good for us after all. That is the thesis of Renata Salecl, a Slovenian lawyer with an interest in psychoanalysis who teaches at the London School of Economics. Salecl is particularly critical of the modern proliferation of self-help books. We seek out these volumes because we find the complexity of life too much to cope with – we want someone to tell us what to do. Then we are advised to be ourselves, that autonomy is the most precious of human values.

But we do often want to be told what to do. The American physician and writer Atul Gawande describes the agonies he experienced when taking his seriously ill child to ­hospital: despite (or perhaps because of) his own medical expertise, he wants to hand the responsibility for taking decisions over to someone else. Gawande cites a ­cancer study showing that when confronted with the question in the abstract, most people said they would like to be given a choice of treatments; but when the same question was put to people who were actually suffering from ­cancer, a large majority wanted the consultants to prescribe a treatment.

Yet much of our public policy is now predicated on the idea of “empowering” citizens as consumers. Doctors are required to take the concept of informed consent seriously and to brief patients on the nature and consequences of treatments. Giving parents more choice in their children’s education is at the centre of the new British government’s schools strategy.

Salecl is properly scathing of the notion that we find the opportunity to choose our electricity supplier an uplifting experience. But the value of allowing people to choose their electricity supplier is not so much the direct benefit to the chooser, as the effect of choice on the suppliers between whom the choice is made. Parents, rightly, say that what they want is a good school, not a choice of school. But you do not have to have been brought up in the former Soviet bloc to realise that if you have a choice, it is more likely that the competing outlets between which you can choose are good.

Salecl has little to say about these issues. She is interested in the application of the modern Freudian psychoanalysis of the French philosopher Jacques Lacan. Our perception of the available choices and the ways we make them is the product of the social and institutional context: this notion is expressed in terms of Lacan’s description of “the Big Other”. Our activities are driven by a search for jouissance, a French word difficult to translate because it represents enjoyment but with a persistent, though not overriding, sexual connotation.

Those who are impressed by Freudian categorisations may find this helpful: I did not. Readers like me, brought up in a rationalist tradition and yet sceptical of it, may find more to ponder and enjoy in Barry Schwarz’s 2004 book The Paradox of Choice.

War and Peace – a business primer for our time