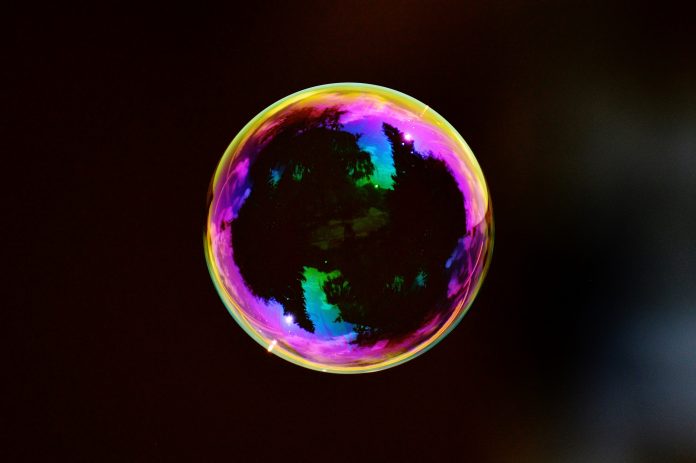 This essay was originally written for Project Syndicate in 2015. If anything, it is more relevant now.

More than a half-century ago, John Kenneth Galbraith presented a definitive depiction of the Wall Street Crash of 1929 in a slim, elegantly written volume. Embezzlement, Galbraith observed, has the property that “weeks, months, or years elapse between the commission of the crime and its discovery. This is the period, incidentally, when the embezzler has his gain and the man who has been embezzled feels no loss. There is a net increase in psychic wealth.” Galbraith described that increase in wealth as “the bezzle.”

In a delightful essay, Warren Buffett’s business partner, Charlie Munger, pointed out that the concept can be extended much more widely. This psychic wealth can be created without illegality: mistake or self-delusion is enough. Munger coined the term “febezzle,” or “functionally equivalent bezzle,” to describe the wealth that exists in the interval between the creation and the destruction of the illusion.

From this perspective, the critic who exposes a fake Rembrandt does the world no favor: The owner of the picture suffers a loss, as perhaps do potential viewers, and the owners of genuine Rembrandts gain little. The finance sector did not look kindly on those who pointed out that the New Economy bubble of the late 1990s, or the credit expansion that preceded the 2008 global financial crisis, had created a large febezzle.

It is easier for both regulators and market participants to follow the crowd. Only a brave person would stand in the way of those expecting to become rich by trading Internet stocks with one another, or would deny people the opportunity to own their own homes because they could not afford them.

The joy of the bezzle is that two people – each ignorant of the other’s existence and role – can enjoy the same wealth. The champagne that Enron’s Jeff Skilling drank when the US Securities and Exchange Commission allowed him to mark long-term energy contracts to market was paid for by the company’s shareholders and creditors, but they would not know that until ten years later. Households in US cities received mortgages in 2006 that they could never hope to repay, while taxpayers never dreamed that they would be called on to bail out the lenders. Shareholders in banks could not have understood that the dividends they received before 2007 were actually money that they had borrowed from themselves.

Investors congratulated themselves on the profits they had earned from their vertiginously priced Internet stocks. They did not realize that the money they had made would melt away like snow in a warm spring. The stores of transitory wealth that were created seemed real enough to everyone at the time – real enough to spend, and real enough to hurt those who were obliged to pay them back.

Fair value accounting has multiplied opportunities for imaginary earnings, such as Skilling’s profits on gas trading. If you measure profit by marking to market, then profit is what the market thinks it will be. The information contained in the accounts of the business – the information that should shape the market’s views – is to be derived from the market itself.

And the market is prone to temporary fits of shared enthusiasm – for emerging-market debt, for Internet stocks, for residential mortgage-backed securities, for Greek government debt. Traders need not wait to see when or whether the profits materialize. IBGYBG, they say – I’ll be gone, you’ll be gone.

There are numerous routes to bezzle and febezzle. In a Ponzi scheme, early investors are handsomely rewarded at the expense of latecomers until the supply of participants is exhausted. Such practices, illegal as practiced by Bernard Madoff, are functionally equivalent to what happens during an asset-price bubble.

Tailgating, or picking up dimes in front of a steamroller, is another source of febezzle. Investors search for regular small gains punctuated by occasional large losses, an approach exemplified by the carry trade by which investors borrowed euros in Germany and France to lend in Greece and Portugal.

The “martingale” doubles up on losing bets until the trader wins – or the money runs out. The “rogue traders” escorted from their desks by security guards are typically unsuccessful exponents of the martingale. And the opportunity to switch between the trading book and the banking book creates ready opportunities for financial institutions to realize gains and park losses.

The essential story of the period from 2003 through 2007 is that banks announced large profits and paid a substantial share of them to their traders and senior employees. Then they discovered that it had all been a mistake, more or less wiped out their shareholders, and used taxpayer money to trade their way through to new levels of reported profit.

The essential story of the eurozone crisis is that banks in France and Germany reported profits on money they had lent to southern Europe and passed the bad loans to the European Central Bank. In both narratives, traders borrowed money from the future. And then the future came, as it always does, turning the bezzle into a bummer.

Hybrid Organisations: The Ambiguous Boundary Between Public and Private Activity