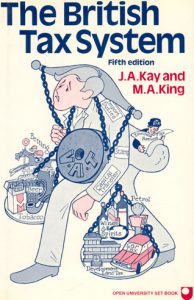 America has a “once in a generation opportunity” to implement comprehensive tax reform, and achieve “a simple tax code that is easy to understand”, Donald Trump told an audience in Springfield on Wednesday. I was tempted to tweet in Trumpian style: “Won’t happen. Sad.”

Since Financial Times readers expect 900-odd words rather than 140 characters, there is room for expansive reminiscence on this topic. It is 40 years since Mervyn King and I, young dons at Cambridge and Oxford respectively, wrote a book together on The British Tax System, advocating comprehensive tax reform. Now that Lord King and I are older and wiser, we have had time to review the sad history of comprehensive tax reform proposals.

Everyone who thinks about comprehensive tax reform, including Mr Trump, begins with the goal of a simpler system with fewer allowances and lower rates. And there is something in this: all tax systems are encrusted with barnacles, the product of the wheezes of politicians and the power of lobbies. But the results of such approaches to tax reform are usually disappointing.

Interest groups are no less zealous in defending the loopholes from which they benefit than they were in promoting them in the first place. And the reality is that most tax breaks have at least some justification, and most tax complexity results not from perversity but from the complexity of a modern financially based economy. Much lower rates on a broader base? “Won’t happen. Sad.”

As Lord King and I studied history in the agreeable environs of the UK National Archives at Kew, surrounded by students completing PhD theses and elderly couples researching their ancestry, we reflected that while comprehensive tax reform packages are rarely implemented — the 1986 US Tax Reform Act is an exception — nevertheless comprehensive tax reform does take place, but incrementally. The esignirection of reform has been much the same across the developed world, and has not been all that different from what we advocated 40 years ago.

There has been a marked shift from the taxation of income to the taxation of expenditure. Across the developed economies of the OECD, the Paris-based club of mostly rich nations, the share of income tax in total government revenues has fallen from 30 per cent in 1975 to 24 per cent now, while the share of general consumption taxes has risen from 13 per cent to 21 per cent.

From a tax collector’s point of view, if not a taxpayer’s, the great success story of modern times has been value added tax. Most countries have introduced such a tax, and almost all have subsequently increased the rates. Everyone who has thought about tax policy — except the conservative activist Grover Norquist and the 47 states that carry their own sales taxes — knows that a precondition for comprehensive reform of corporate and personal income tax in the US is for the federal government to introduce the VAT that operates so well in the rest of the developed world. But the politics of that move are impossible. “Won’t happen. Sad.”

Less noticed than the shift to indirect tax is how the income tax base has changed to function more like a levy on expenditure than a tax on income. With the extension of pension reliefs and individual savings accounts in Britain, it is now possible over a lifetime to accumulate tax-free wealth of more than £1m. While Britain is exceptional in the extent of its generosity towards savings, similar schemes have been implemented across the developed world.

Income tax rates have fallen everywhere, and the largest falls have been in the top rates, so that tax structures have become simpler. Forty years ago, Britain had 10 different rates of income tax and the highest was 83 per cent; now it has three and the highest is 45 per cent. The US had 25 different rates, up to 70 per cent; now it has seven, rising to 39.6 per cent. In 1975, most western countries had top tax rates of more than 60 per cent; now only Sweden does.

Less obviously, there has been a shift toward simple taxes on transactions, and away from more complex taxes on capital and income that require individual calculation and assessment. Information technology has dramatically lowered the costs of tax collection — without it, the universal implementation of VAT might not have been possible, and certainly more painful. At the same time, the costs of activities that require human judgment — such as the assessment of income from business or investment activities — have increased. Aside from the increase in general consumption taxes, OECD tax revenue share from payroll taxes is up 23 per cent to 27 per cent since 1975: payroll taxes are levied, and paid, in the course of the regular accounting of employers, while income tax requires individual assessment for anyone with slightly complex affairs. And transaction taxes are more robust to avoidance — though not evasion — than assessed taxes.

Perhaps the lesson is that tax reform happens better by stealth — a setback for those of us who have argued for a tax system that looks like someone designed it on purpose. But soon after Lord King and I wrote that book, a wiser and older figure said to me: “You will get the reforms you want, but no one will ever acknowledge implementing them.” There was something in what he said. “Did happen. Good news!”

This article was first published in the Financial times on September 1st, 2017.