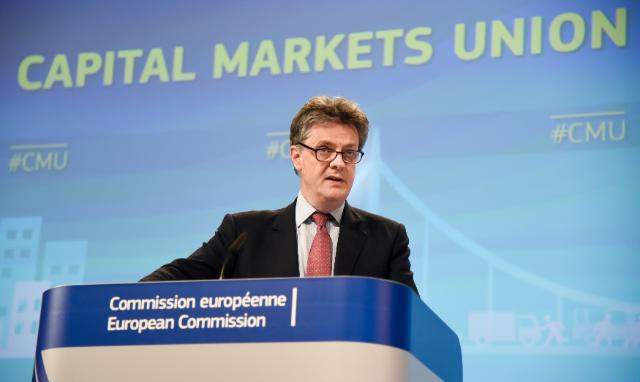 Those who cannot remember the past are condemned to repeat it.

(a) Securitisation is an important element of well-functioning capital markets. Soundly structured securitisation can be an important channel for diversifying funding sources and allocating risk more efficiently within the financial system. It allows for a broader distribution of financial sector risk and can help to free up credit institutions’ balance sheets to allow for further lending to the economy. Overall, it can improve efficiencies in the financial system and provide additional investment opportunities.

(b)       These developments, on balance, improve the functioning of financial markets and the real economies they support. By allowing institutions to diversify risk, to choose their risk profiles more precisely, and to improve the management of the risks they do take on, they have made institutions more robust. By making intermediaries more robust and by giving borrowers a greater variety of lenders to tap for funds, these developments have also made the financial system more resilient and flexible–better able to absorb shocks without increasing the effects of such shocks on the real economy. And by facilitating the flow of savings across markets and national boundaries, these developments have contributed to a better allocation of resources and have promoted growth.

Answers below the article.

Securitisation is not the subject which leaps to mind today when discussing Britain’s relationship with the EU.  But as Britain’s  Lord Hill, now resigned as  European  Commissioner for Financial Services, clears his desk, his proposed securitisation regulation is one document he might consign to the bin.

Few people had heard of securitisation before 2008, but now almost everyone knows that securitisation was central to the global financial crisis.  Loans could be bundled as securities and sold on, necessarily to people who knew less about the borrower than those who had underwritten the loan in the first place.  The process could be complicated still further by tranching – repayments would go first to the senior securities and subsequently to the more junior – and therefore progressively more risky – segments of the securitsation.

Securitisation began as a process of regulatory arbitrage – exploiting differences between the regulatory capital requests for loans and securities.  In due course, as often in the modern financial sector, it became a means by which those who understood a little about what they were doing could make money at the expense of those who understood less. Commercial competition between rating agencies led them to attach gaudy labels to worm infested products.  The market for securitisation, never as large in Europe as in the US, more or less dried up after 2008.  For good reasons.

The European Commission hopes to revive it.   This plan is a central plant of the drive towards ‘capital markets union’ and supposedly a means of financing the continent’s small and medium size enterprises.  But small business loans, which are necessarily idiosyncratic and depend on specific knowledge of the characteristics of the borrower, are particularly inappropriate subjects for securitisation.  Forced to recognise this, the Commission retreated to the feeble argument that the bank capital released by securitising forms of lending other than commercial loans could be used to facilitate finance for business.  It might be better to craft sensible regulations in the first place than to craft regulations to enable institutions to circumvent the effects the regulation you have already put in place.

Of course, the proposal to promote fresh securitisation has very little to do with the needs of Belgian business for new sources of finance and much to do with the needs of American investment banks for new sources of profitability. And further securitisation is irrelevant to the central problem of European banking; the continuing failure to acknowledge the scale of the losses in European banks which were incurred in the follies that led to both the global financial crisis of 2008 and the ongoing crisis of the eurozone.

History repeats itself, first as tragedy, then as farce.

Planning reform is tearing the Tories apart. But the system is...

When the competitor turns predator