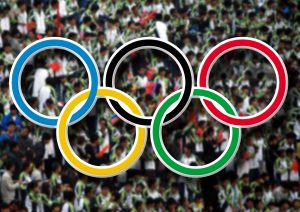 I can still remember the two gold medals Britain won at the Rome Olympics of 1960. Don Thompson came first in the 50km walk. It is hard for a small boy to become excited about a man going for a long walk, even if he does complete it faster than anyone else in the world. However, Anita Lonsbrough’s victory in the 200m breaststroke was an exhilarating triumph.

It was also a rare event. I grew up with the idea that Britain just wasn’t very good at sport. Except for football. Athletics, tennis, golf – the champions had once been British, but now Americans and Australians dominated. The nadir of British Olympic performance was at Atlanta in 1996 when rowers Steve Redgrave and Matthew Pinsent won our solitary gold.

But Britain’s sporting performance now looks very different. Andy Murray might have been Wimbledon champion had he not been matched against the best tennis player of all time. Luke Donald is the world’s number one golfer. And British riders are dominating – can you credit it – the Tour de France. There might be as many as 20 to 30 British gold medals in London this summer.

What has gone right? Follow the money: there is a direct link to British Olympic performance. The National Lottery began in November 1994. Twenty per cent of the money allocated to “good causes” was earmarked for sport. Too late to influence the dire performance at Atlanta. But by the 2000 Olympics the results had become evident: 2004 was better and 2008 was better still.

Cycling is the paradigm case. In 1997, lottery funding was awarded for a development plan. The strategy was to identify promising youngsters, who would immediately devote much of their time to the sport, and to provide them with intensive coaching in advanced facilities. British Cycling offered this at the new Manchester velodrome.

In the 2008 Olympics, British cyclists won eight gold medals. The initial emphasis was on track racing, which is less popular but easier to organise. Now the pattern of success is repeating itself in road racing.

At the same time, recreational cycling in Britain has soared in popularity.

The focused strategy – select early, train intensively, focus resources – was the brainchild of a sports academic and former elite cyclist, Peter Keen. Select, train, focus has worked almost everywhere it has been tried. Australia adopted that approach in establishing a National Institute of Sport, after that obsessively sport-minded nation did badly at the Montreal Olympics in 1976.

A similar strategy was applied to chess in the Soviet Union. From 1937 until the country itself collapsed, and excluding the brief and farcical reign of Bobby Fischer, the world chess champion was a Soviet citizen. Excellence in chess gave prestige and diverted potentially troublesome intellectuals from thinking about other things. For East Germany, even chess was too dangerous: athletics and gymnastics were the favoured activities.

The strategy offers best value for money in the less popular sports. Britain has become a world leading cycling nation at a cost of about £50m. In mass spectator sports such as football, where money pours in from television rights and oligarchs, the leading clubs all develop and follow their own select, train, focus strategies, and recruit globally not nationally. Much of the cash ends up in the hands of the players.

The proven route to sporting excellence – select, train, focus – is a cost-effective way of achieving national pride and global prestige. I can remember Ms Lonsbrough’s medal 50 years later though I had to look up to see in which city she won it. Twice as much has been spent building the new Olympic velodrome as on the promotion of cycling. It is a beautiful building but one likely to become a white elephant in September.

Sporting victories provide a better legacy than prestige events. The games were last held in London in 1948 (three golds). At the Olympiad that followed, Britain won only a single gold medal. Much of the credit for that can go to Harry Llewellyn: but he needs to share it with his two team colleagues and their three horses.

In magic or in markets, it is never rational to be...