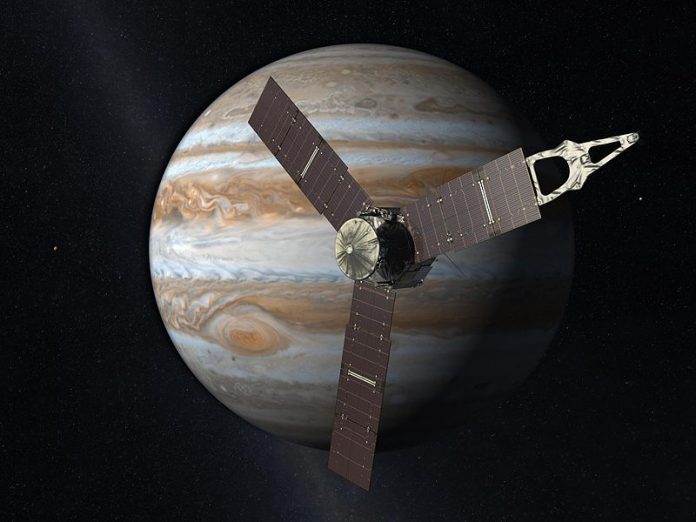 What can we learn about business and finance from NASA’s mission Juno to the planet Jupiter?

At first sight, NASAs’ planetary missions are startling illustrations of the principle of obliquity, described in my 2010 book.

Complex goals are often best achieved when pursued indirectly.  Launched in 2011, Juno made several orbits in deep space before returning close to earth and beginning a final approach to the planet. 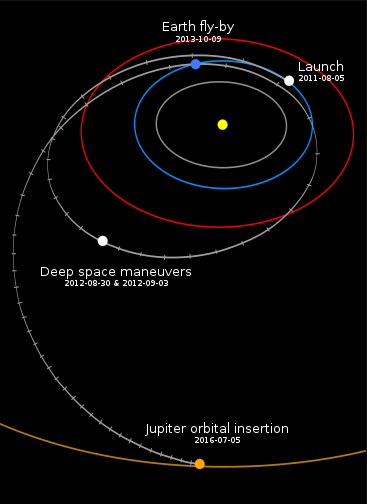 Although the distance from Earth to Jupiter is (only!) 600-750 million kilometres, the total distance travelled was 2800 million km.  NASA’s success with Juno followed their equally remarkable achievement in placing an observer ship in orbit of Mercury in 2011 after repeated circumnavigation of Earth and Venus

A direct approach to either planet would fail.  The craft either passes by at great speed on its way to infinite space, or crashes into the target.  With unproductive outcomes in both cases.  The balance between missing and hitting all too well is a familiar problem in many areas of life.  NASA’s skill in nudging their spacecraft obliquely into planetary orbits is one everyone would do well to emulate.

That skill is extraordinary.  Juno, 700 million kilometres away, is in almost exactly the spot NASA engineers anticipated when the probe was launched five years ago.  There are several reasons why we cannot match this achievement in business and finance.

The solar system is more or less completely understood.  The equations of planetary motion have been known for centuries, and have been verified empirically repeatedly.  No ‘laws’ of social science are, or ever could be, similarly compelling.

And the solar system is stationary.  Not, obviously, in the sense that planets occupy a fixed place in the universe:  but in the sense that those equations of motion have remained unchanged since Galileo explained the mechanics of planetary motion.  And they were valid even in the time of Copernicus, who had never imagined such equations existed.  There is no analogous universality across place and time for the determinants of economic behaviour.  The business environment is constantly changing, and in ways we cannot anticipate.  While at some level there may be a meta-system that would have enabled Galileo to predict that Steve Jobs would launch the iPod in 2001, the search for Laplace’s omniscient demon has never proved a useful line of enquiry.

Third, the solar system is not significantly changed by our interaction with it.  The gravitational pull of Juno on Jupiter is insignificant relative to the gravitational pull of Jupiter on Juno.  But everything that happens in the world of business and finance is influenced by the responses of other people.  Indeed these events are influenced by the beliefs of other people – whether true or false.  ‘And yet it moves’, said Galileo, emphasising that the opinions of clerics had no effect on the laws of physics.  But what ‘the market’ thinks is the primary influence on what actually happens in the markets.

Professor [Max] Planck, of Berlin, the famous originator of the Quantum Theory, once remarked to me that in early life he had thought of studying economics, but had found it too difficult! Professor Planck could easily master the whole corpus of mathematical economics in a few days. He did not mean that! But the amalgam of logic and intuition and the wide knowledge of facts, most of which are not precise, which is required for economic interpretation in its highest form is, quite truly, overwhelmingly difficult for those whose gift mainly consists in the power to imagine and pursue to their furthest points the implications and prior conditions of comparatively simple facts which are known with a high degree of precision.

Property rights and the wrong path to democracy