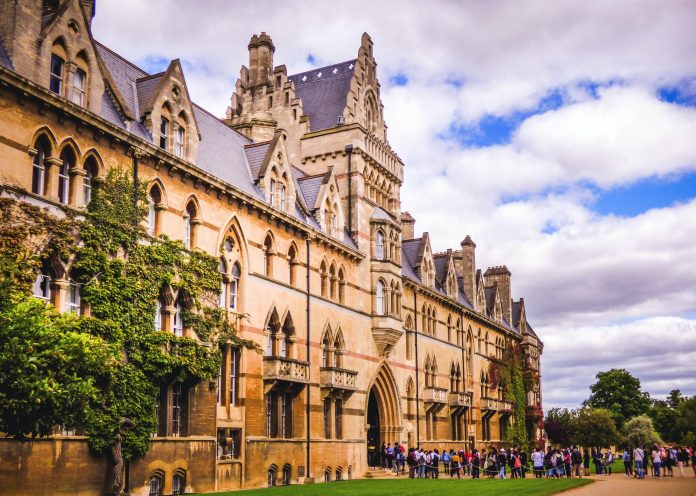 Alice opened the door to the Hall of Wonderland College. In the absence of the Dean, the Mad Hatter was presiding at High Table. The assembled dons were discussing the Universities Superannuation Scheme, as they did so often nowadays. The Dormouse was comatose as always. ‘Have a cup of tea’, the Mad Hatter suggested; but Alice saw only bottles and glasses of wine, mostly empty. Not much had changed, Alice thought. But, the March Hare confided, the assets of the Universities Superannuation Scheme (USS) had increased further, to over £80bn.

No wonder they were celebrating, Alice thought, surveying the drained glasses. Their generous pensions would fund the replenishment of the College cellars into the next century. The portraits of benefactors hanging on the walls seemed to beam down in pleasure. But no, the Mad Hatter explained, this was a commiseration, not a celebration. The ‘technical deficit’ of USS yawned even wider than it had done on Alice’s last visit. The younger faculty feared for their future.

The last time she had fallen down the rabbit hole, Alice recalled, she had been treated to a convoluted explanation of this phenomenon. The finances of USS then seemed to be in rude health. Contributions and pensions each averaged about £2bn per year, investment returns had averaged £5bn or so a year, and there was £60 billion – now £80 billion – in reserves. But the Actuary to the Red Queen took a different view. At every valuation, he had explained to her, you had to pay more and receive less to stay in the same place.

The March Hare tried to describe the difficulty, as the Dormouse began to snore more loudly. If USS were to close, and commitments to pensioners were funded by investing in long-term indexed bonds, which yielded minus 2% per year, then there was a chance that the fund might not be able to meet its obligations in fifty years or so.

This did not seem a very serious problem to Alice. The centuries-old foundation of Wonderland College did not look likely to close any time soon, and students from around the world eagerly sought places at British universities. The solution, surely, was to not close USS and to not invest in bonds that yielded minus 2%. The problem lay not in comfortable reality but the ludicrous counterfactual.

With an air of exasperation, the March Hare tried to help Alice understand. Investing in these bonds was necessary because they were risk-free. A bond that will lose two per cent of its value every year doesn’t sound risk-free to me, said Alice. But Humpty Dumpty, the Professor of Financial Economics whom All the King’s Men had struggled to put together again after the Great Fall of 2008, was occupying his usual very round seat on High Table.  He interjected in rather a scornful tone, ‘When I use a word, it means just what I choose it to mean — neither more nor less’.

Still, why was it necessary to consider closing USS? This question taxed all the wisdom of the Mad Hatter. If you closed USS and invested the funds in these value-eroding bonds, there might not be enough money to pay the committed pensions. Hence you needed to increase contributions to the scheme. But universities couldn’t afford to pay these contributions, so you were likely to have to close USS. But then you might not have enough money to pay the committed pensions, Alice observed. Exactly, said the Mad Hatter. So you need to close USS right away.

‘I’ll never go there again’, said Alice, as she picked her way out of Hall.’ It’s the stupidest tea-party I ever was at in all my life!’

Lewis Carroll, author of Alice in Wonderland, was the nom de plume of Charles Dodgson. A mathematician and logician, Dodgson would have recognised that models can provide illustrations of scenarios but have no truth value independently of the assumptions of the model. The actuarial models that generate ‘technical valuations’ engage hundreds of assumptions about the magnitude of unknown and unknowable variables – a situation we refer to as ‘radical uncertainty’ as we cannot sensibly assign probabilities to those variables. There is no valid basis for these assumptions. We should abandon bogus quantification and develop plans that are robust and resilient to events over realistic planning horizons. Did someone mention pandemic planning?

The genius of Lewis Carroll lies in his playful use of language and narrative, in treading the borderline between sense and nonsense while understanding the difference. Dodgson was Student (i.e., Fellow, i.e., Professor – words in Oxford mean what dons choose them to mean) of Christ Church, Oxford, 1855-1898. There is much he might recognise today, and continued need of his insight. The borderline between sense and nonsense, whether in mathematical modelling, the design of regulation or the management of the affairs of great universities is not always as obvious as it should be to clever men and women. Lacking Carroll’s sense of the ridiculous, they take themselves and their activities much too seriously and engage with worlds as far removed from reality as the one Alice encountered.

Capitalism and Freedom at Demos

Iolanthe on My Mind